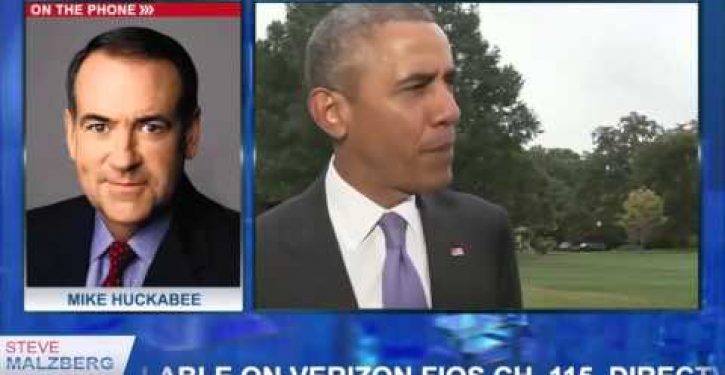 We now know that Chris Harper-Mercer, the man who shot 19 people at Umpqua Community College in Oregon, killing 9, asked each of his victims-to-be in turn “Are you Christian?” The nine who answered affirmatively received a fatal bullet to the head. The ten who did not were wounded in the leg.

Suppose that the shibboleth Harper-Mercer had used was instead the question “Are you Muslim?” How would the response from the media have differed? Better yet, how would Barack Obama have reacted?

Certainly, the president’s self-admitted politicization of the tragedy, including his reliance on what Hans Bader calls his “gun control fable,” would have remained a fixture of his comments. But there would have also been some reference to the religion of the victims and an appeal to Americans to fight back against the scourge of Islamophobia.

Why do I assume this? Because after the attacks on the headquarters of Charlie Hebdo in Paris, Obama not only omitted the fact that the shooters were Muslim but also failed to mention that the victims of a follow-up attack on a food market were Jewish, the market itself kosher.

Nor are Obama’s past transgressions in this regard limited to sins of omission. He exploited the same tragedy to reaffirm his undying support for Islam, announcing through his press secretary:

There are some individuals that are using a peaceful religion and grossly distorting it, and trying to use its tenets to inspire people around the globe to carry out acts of violence.

The mainstream media followed Obama’s lead. Dana Kennedy of the Daily Beast reported on MSNBC that she had “learned” from French Algerian Muslims in suburban Paris that “the attacks were actually a conspiracy by the Jews to make Muslims look bad. One person told me that in fact they weren’t just regular Jews that were doing this, in fact they were a race of magical Jews, shape shifting Jews.”

As for Obama’s reaction to the Oregon shootings, former governor and current presidential candidate Mike Huckabee was asked by Newsmax’s Steve Malzberg Friday, “What if the shooter had said, ‘Are you a Muslim?’ And shot those in the head who were Muslim. Do you think the president would have mentioned that?”

Of course he would. The president always wants to be defensive and tell us there is no such thing as Islamic terrorism. These aren’t religious people even though we all know they are. But it seems when the target is a Christian he conveniently just ignores it, denies it or just moves on to something else. I do think that it is incredibly significant that there was a religious intent and motive in this shooter’s attitude.

The Muslim question comes up at 4:30 in the video below.