‘What did the president know and when did he know it?”

Forty-two years later it is doubtful that President Obama will ever truthfully answer that question as it relates to the mounting number of alleged improprieties lodged against the Clinton Foundation and its connection to Hillary Clinton’s use of a private email server while she served as his first-term secretary of state. Mrs. Clinton addressed the ongoing email controversy last Sunday on “Meet the Press,” saying, “It’s like a drip, drip, drip” and “I want these questions answered.” Perhaps President Obama could offer her some assistance.

First, there is hard evidence that as early as 2009 the Obama administration knew about Mrs. Clinton’s use of a private email server. Obama did not pull the plug. Surely, the president’s intelligence advisors warned him that an unsecured home-based server posed a national-security risk. Now we read that Hillary even joked about the prospect of the Chinese hacking her email.

Second, why hasn’t Obama’s IRS audited the $2 billion Clinton Foundation? What is it about this foundation that causes the IRS, ordinarily proactive, to ignore evidence of violations against the strict rules and regulations under which any tax-exempt organization must abide. If it doesn’t, it loses its tax-exempt status.

Every year foundations and charities, large and small, are routinely audited, but not the Clinton Foundation. Hundreds of millions of dollars in questionable donations have been reported. The foundation has publicly admitted to years of major accounting errors, but only after an “audit” by Reuters, a news organization. Where is the IRS? Its failure in this matter points to political protection and obvious corruption.

Again, this is a good time to ask a variation on that Watergate-inspired question: “What does the president know about the Clinton Foundation’s cozy relationship with the IRS and how long has he known it?”

Like Watergate, the Clinton scandals are complex. Their honest investigation appears likely to expose government corruption at the highest levels. Unlike Watergate, however, the core of the Clinton scandals is about the personal enrichment of its principals — a popular former president and his wife, a former secretary of state — who together directed a “legal” organization that monetized her past title and then nurtured global and domestic anticipation of what she aspired to take for her next title, president of the United States.

First, good news: Many mainstream media outlets acknowledge that the Clintons’ scandals are not just about, as Bill Clinton described it, “a full-scale frontal assault” by Republicans. The eye-rolling when both Clintons have tried that line of defense from the ’90s has been bipartisan.

As with the Watergate investigations, a successful prosecution of the Clinton scandals requires a bipartisan consensus that they were not only potentially illegal but also harmful to the fabric of our nation and a violation of its governing principles. So put a checkmark next to the Clinton Foundation’s selling government influence in return for millions in donations. And a checkmark next to violations of the strict rules that govern the handling of classified material.

Second, Watergate linked numerous acts of Nixon-administration wrongdoing. Likewise, this week it was officially revealed that Cheryl Mills (more on her below) sent classified information from the State Department to a Clinton Foundation staff member in order to maximize the Clintons’ profitable dealings with a foreign country.

Not only did the Clintons globally “follow the money,” another Watergate legacy locution, but the Foundation, known for being their personal slush fund, in effect minted money during and after Hillary’s reign as secretary of state. Not surprisingly, only 10% of the budget went to charitable grants.

Cheryl Mills was Mrs. Clinton’s State Department chief of staff and a longtime Clintonite who defended President Bill Clinton in his 1999 impeachment trial. Mills was a Clinton Foundation board member before and after serving at the State Department. She sits on the board today.

Both ladies are at the center of the Clintons’ scandals and figure prominently in all past and newly released emails. Like Haldeman and Ehrlichman, they hold the keys to unlocking all the Clinton secrets.

Fourth, recall President Nixon and the infamous 18-minute gap in his White House Watergate tapes. Similarly, it is yet to be determined whether Hillary destroyed (or tried to destroy) two months’ worth of potentially incriminating emails, now mysteriously missing, that could be used as evidence against her.

Will the FBI recover the newly missing e-mails along with the 30,000 previously deleted “personal” emails that will likely show just how much Mrs. Clinton intertwined State Department and “personal” Clinton Foundation business? New email dumps are starting to hint at such activity, and it is this aspect of the scandal that will help sustain public and media interest as well as elicit more comparisons to Watergate. One Clinton staffer has already pleaded the Fifth, so the prospect of rough days ahead on Hillary’s quest for the White House appears likely.

Unfortunately, in the case of the Clintons’ scandals, no special prosecutor, like Watergate’s Archibald Cox, has been appointed by the Obama administration. And don’t expect one either.

There was nothing like the famous bipartisan Senate Watergate Committee, with its wise old southern chairman, Senator Sam Ervin, “a country lawyer” who led the explosive hearings with humor and grace. Today we have the House Select Committee on Benghazi, chaired by another colorful southerner, Representative Trey Gowdy (R., S.C.). But the Benghazi Committee is capable only of nibbling around the edges. It cannot go beyond the committee’s scope and jurisdiction as stated in the House resolution. Mrs. Clinton is scheduled to testify before Gowdy’s committee on October 22. That in itself will be a partisan showdown.

Of course the committee will question Mrs. Clinton about her private email server but only as it pertains to communications directly related to the Benghazi attacks. That is why the Clintons’ scandals need a Senate Watergate Committee and a special prosecutor, to connect all the dots.

Fifth, as in Watergate, the role of the media in Clintons’ scandals is encouraging. Books are being published and terrific stories are breaking every day on all facets of the scandals. New email dumps help keep the news fresh. But the totality of the scandals has not reached Watergate-like proportions — and it is doubtful that it will. The public is jaded by decades of Clinton scandals. People are either for or against the Clintons and unlikely to change their minds. In any event, always expect the Clintons to wiggle their way out, guilty or not.

In the end, the chances of Bill Clinton’s saying “I am not a crook” are nil, and it is highly unlikely that under the Obama administration Hillary would be indicted over the mishandling or destroying of classified material (even though your average holder of top-secret clearance would be in jail by now).

Insofar as President Obama ignores the Clinton scandals, they will never reach the full height of attention that the nation paid to Watergate. But the case to be made that the Clintons’ level of corruption is on par with Nixon’s is strong, even though their scandals have not taken place while they were occupying the White House. And God help our nation if they ever did again!

One of the ‘costliest regulations ever’: Obama administration drops new ozone rule
Next Post
‘Her Majesty’s Secret Server: For Hillary’s Eyes Only’ 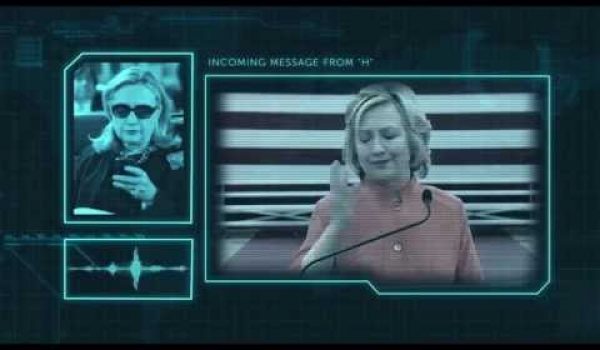