It’s an age-old question: When is it permissible to violate an order or override a policy directive? This was the question facing the staff at Columbia Elementary School in West Jordan, Utah.

There, on Monday, a fourth grader named Emma Gonzales was seized by a severe coughing fit in class. When she extracted an inhaler from her personal belongings, her teacher sent her to the office, where the inhaler was confiscated. The reason? The office had not not been notified in writing of a change in the girl’s prescription medicine regimen.

The previous weekend, the 9-year-old had suffered an episode of coughing severe enough to require emergency medical treatment. Part of that treatment was prescribing an inhaler for just such contingencies.

While the teacher and office personnel can’t be faulted for following district guidelines — which dictate that parents must fill out and submit to school administrators paperwork regarding medications their child is taking — the coughing spell was so extreme that the child vomited on herself. She told reporters with Fox affiliate KSTU, “When I get into the coughing fit, I kind of hurtle [sic] up on the ground, can’t breathe and then I start to kind of feel a little nauseous.”

Officials with the Jordan School District say the staff did everything right. Spokeswoman Sandy Riesgraf said:

There could be all sorts of problems if children were just allowed to take any medication and we didn’t have that verification. Again, this is for the student’s safety.

It sounds more as though it is for the school district’s safety. This time they were lucky. The coughing fit eventually dissipated on its own. If, however, it had worsened — had turned into a full-blown, and potentially fatal, asthma attack — the district would be waist-deep in hot water.

Emma’s mother, Britney Badger, said that at the point where her daughter started throwing up, the school needed to do more. “When a child is puking all over themselves and they can’t breathe, you know you kind of have to take action right then and there.”

Public university in Colorado decrees words ‘Lord,’ ‘God,’ and ‘Jesus’ cannot be hinted at
Next Post
Obama admitted he was politicizing Oregon shooting; when will he admit his ‘facts’ were wrong? 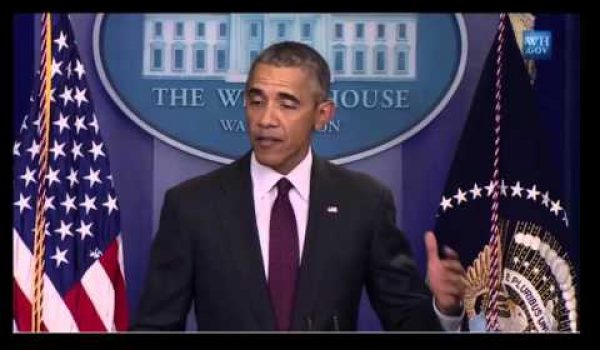