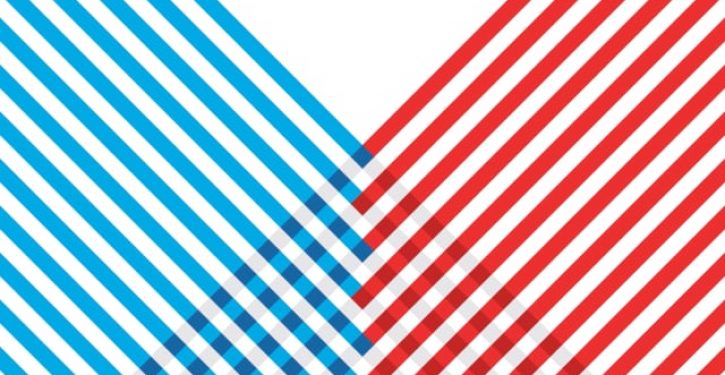 The South shall rise again … and if a show on public radio has its way, the flag that flies over it will look like it came straight out of the United Colors of Benetton.

With the banishment of the Confederate flag and other reminders of the Old South, a challenge has risen: to find a symbol that immediately lets the world know you are from the South but is not representative of a culture built on slavery and racism.

Help, AL.com, reports is on the way:

Studio 360, a national public radio program, commissioned a Texas-based design firm to design a new flag to represent the modern South. With a diverse team of designers with ties to both sides of the Mason-Dixon line, 70kft embraced the challenge with an understanding of the importance of their task.

“The South is unique as a region in that it already has an informal definition,” Gus Granger, founding principal of 70kft and a lead creative on the redesign project, said in a conversation with AL.com. The problem is that, obviously, this community that people feel so passionate about “has out of date visual assets to help define its identity.”

Here is the result:

A video produced by 70kft explains the specific pattern and color choice.

Symbol from 70kft on Vimeo.

If you’re thinking the design would look just smashing on a throw pillow, 70kft has been there, done that:

No word yet on whether sheets and pillowcases are in the offing, but you can evidently buy a t-shirt with the “southern” logo.

How precisely a replacement flag for the Stars and Bars won’t automatically become the next object of contempt and loathing by liberals remains to be seen. After all, it wasn’t the design of the Confederate flag (by German/Prussian artist Nicola Marschall, to resemble the flag of his beloved Austrian homeland) that led to the recent cleansing but the values associated with the South.