In what is being hailed as “an extensive study” conducted by Syracuse University Earth Sciences professor Don Siegel, fracking operations in Pennsylvania and Ohio have shown no negative effects on water quality.

Via the Daily Orange:

An extensive study conducted by a Syracuse University professor has shown that central New York water quality has not been negatively affected by intense “fracking” operations in northern Pennsylvania and southeastern Ohio.

Don Siegel, the department chair and an earth sciences professor at SU, and his five-person team concluded from their study that the groundwater quality around the “frac units” on the Marcellus and Utica Shale fields, in Ohio and Pennsylvania respectively, met the standard.

Siegel’s study falls in line with similar studies on the matter performed by the EPA and the United States Geological Survey. Siegel and his team tested more than 21,000 samples of groundwater over the course of their study with some of the samples coming from depths that exceeded federal requirements by more than 500 feet, according to a Sept. 14 Ohio.com article.

The study was accepted by ScienceDirect in June and will be published in December in Applied Geochemistry magazine.

Fracking was banned by Governor Andrew Cuomo’s state health commissioner, Howard A. Zucker, who tried to make the decision an emotional one by citing children he didn’t have.

The ban has come at a terrible economic cost for struggling areas in New York.  It prompted the Chamber of Commerce to chastise Cuomo, saying “good public policy matters” while noting the divide between pro-fracking regions in Pennsylvania and New York.

Bradford County chair Doug McLinko observed, “When I look across the border to New York State, once again it is bad policy affecting awfully good people up there.”

The Chamber of Commerce wrote, “New Yorkers want to see the economic benefits in their communities that Pennsylvania has seen from embracing its energy abundance.”

Instead, Cuomo’s ban will never lead to the fruition of any economic benefits from fracking. And now we know it’s all for health concerns that simply aren’t valid.

School questionnaire asks students how many guns family owns and how they’re used
Next Post
Identical pro-Hillary tweets after ‘Meet the Press’ appearance just a coincidence? 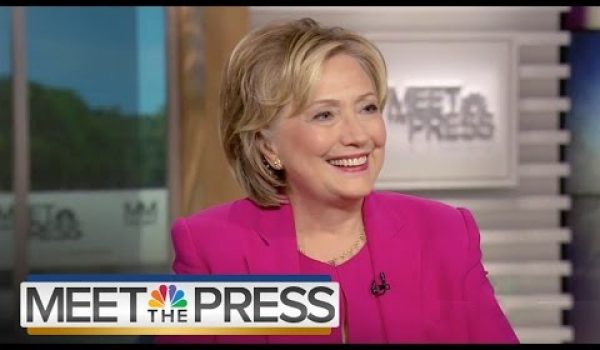