No, they don’t walk into a pub, but if the British prime minister were at all lucky, the pairing would still be the basis of a bad joke. Instead, it is news (or at least gossip).

A U.K. newspaper published a shocking claim Sunday about Cameron, and it involved his “private parts” and a dead pig’s mouth.

The Daily Mail has begun publishing excerpts from an “unauthorized biography” of Cameron, authored by a rival from within his own Conservative Party. Its first tidbit claims that during “an outrageous initiation ceremony” as a student at Oxford, “the future PM inserted a private part of his anatomy into” the dead animal.

In the 1980s, the biographer explains, many of Oxford’s high-class undergraduates were attempting to revive the exclusive, elite culture of drinking and misbehavior associated with Oxford in the 1920s. According to the anonymous classmate of Cameron who told the story, a photograph exists of the future Prime Minister performing the act, with the pig’s head “resting of the lap” of another student.

This was apparently not uncommon: “There are a number of accounts of pigs’ heads at debauched parties in Cameron’s day.”

British politics being British politics, many around the country seized upon the anecdote with glee. Careful observers unearthed a 2013 article — “David Cameron secures £45m pig semen deal between UK and China” — suggesting that the pig at Oxford had made an indelible impression on Cameron. And on Twitter, the hashtag #Hameron quickly spiraled out of control at a time when most Britons ought to have being going to bed ahead of the work week.

As the Sunday Express pointed out, the contemporary British science-fiction TV show “Black Mirror” notoriously featured an episode in which terrorists blackmailed a Prime Minister into having sex with a pig on national television.

Cameron has a reputation for strong leadership despite his occasionally off-putting personal history: the Daily Mail excerpt also featured him “standing on restaurant tables” and “despising poor people” in a loud and drunken tone.

His Conservative Party recently won a strong victory in Parliament. They are widely expected to maintain that power for some time in the wake of their rival Labour Party electing a far-left candidate, Jeremy Corbyn, to be its next leader.

Will this story likely in any way compromise Cameron’s standing? Not in a pig’s … er — eye.

Jake Brewer, husband of Mary Katharine Ham, tragically killed during charity event
Next Post
What kind of person would cheat a blind man? Some possible answers 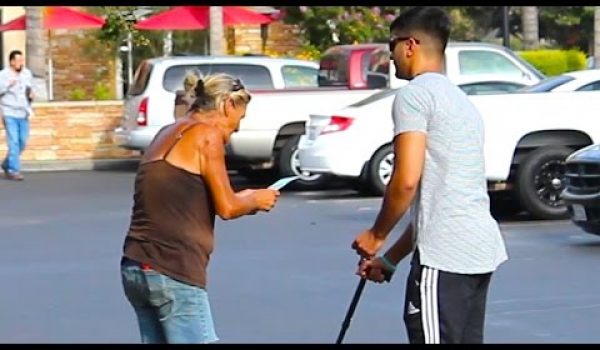