America is the land of second chances, to be sure.  But is completely dismissing publicly available law-enforcement information about a potential terrorist taking things a bit too far?

When the Department of Homeland Security says an individual “represents a threat of engaging in or conducting a violent act of terrorism,” maybe the public interest isn’t being served if he can obtain transportation-related licenses.  Should states take such potential hazards into account when issuing licenses?

And if Amir Meshal is licensed, could he claim discrimination under equal-opportunity laws if school districts don’t want to hire him?

Reportedly, parents in the affected school district “aren’t very happy about it.”

The U.S. Department of Homeland Security, meanwhile, considers Meshal “an individual who represents a threat of engaging in or conducting a violent act of terrorism” and has placed the aspiring bus driver on the federal “No Fly” list, according to Fox 9. …

Parents and lawmakers are concerned because Meshal was charged with attempting to recruit young kids to travel to Syria from the Al Farooq mosque in Bloomington last May. Religious leaders told police at the time they “have concerns about Meshal interacting with our youth” – the same reason he was forced to leave a different mosque in Eden Prairie.

Those developments came after Meshal was detained by the FBI in Kenya because authorities believed he visited a terrorist training camp in Kenya. Homeland Security officials and the Transportation Security Administration put Meshal on the “No Fly” list because he “may be a threat to civil aviation or national security.” …

Tony Osman discussed an eye-opening road trip he took with his cousin from Minnesota to New Jersey a couple of years ago.

“He said Jihad is the greatest and highest and best thing you can do in Islam. And the best deed equaled by none,” Osman said. “On the car ride, Amir was listening to Blind Sheikh and Osama Bin Laden. Video tapes on his handheld device connected through the speakers. They were lectures and promoting Jihad.” 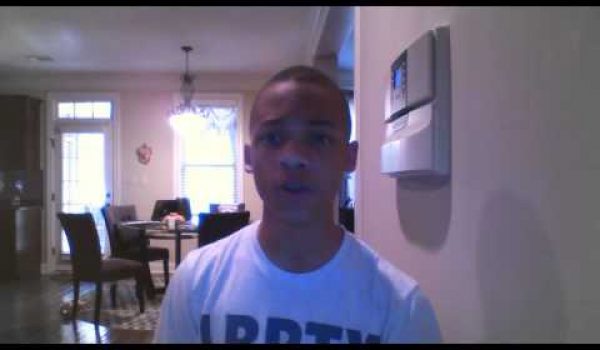 Conservative black 12-year-old has a message for Obama and Ahmed
Next Post
Donald Trump, civility, and political correctness