The pros aren’t having all the fun this evening.  Besides the many middle school teams that are taking the field across the fruited plain as we speak, Western Kentucky’s Hilltoppers are hosting Louisiana Tech (motto: Still recovering from the WAC nightmare) in Bowling Green.  So the FBS is getting its licks in.

And, yes, Pittsburgh and New England have taken the field.  Brady’s in the house.

But all things decently and in order.

The University of Tulsa Golden Hurricane, which beat Notre Dame 28-27 on 30 October 2010, heads to Albuquerque to take on New Mexico on Saturday evening.  The oddsquad has the Lobos giving 4, apparently on the strength of their 66-0 victory last week over Mississippi Valley State (FSC, SWAC).

As a matter of considered gridiron analysis, we think that’s just silly.  Tulsa has a good shot at going to Norman next week 2-0.  Of course, even a stinky-cheese Sooner team will blow Tulsa off the field.  But beating the Lobos?  That’s doable.  Not a walk in the park, but doable.

#19 Oklahoma heads to Knoxville for the first of its real challenges this fall.  The Sooners and #23 Tennessee are getting a big game out of the way early, which will turn out to be a smart move for one of them, at least.  The line has OU giving 2, but we assume that’s largely the super-aggressive Sooner fan base doing its thing.

The Vols didn’t look half bad against Bowling Green last week (although frankly, they looked somewhere between 20% and 30% bad).  Oklahoma did look about half bad in the outing against Akron, at least by Oklahoma standards.  All the throwing is fun as heck, but since they’ve got the legs to mix it up with the run threat, we’d like to see the Sooners use them.

Oklahoma State hosts Central Arkansas (FCS, Southland) in Stillwater, and since the Bears lost to Samford last week, 45-16, we’re thinking the Cowboys can take them.

Navy has a bye this week before a tough match next weekend with East Carolina.

Army, coming off the painful loss to Fordham, heads to Connecticut on Saturday, and it says something about somebody – let’s just leave it at that – that UConn gives a measly 7.5 as of this writing.  Air Force will meet San Jose State in Colorado Springs.  Should be a pretty good game, actually; Falcons give 6.

We’d say Virginia Tech can now start the actual season, having succumbed as fated by the universe to #1 Ohio State.  But the Hokies host Furman (FCS, Southern) on Saturday, so they’re having a scrimmage with themselves.  The Paladins lost to Coastal Carolina’s Chanticleers last week, and that’s quite enough with the foofy team nicknames.  For Hokie fans who just can’t get enough, however, take a drink here.

Nevada, as promised, will be hosting #22 Arizona Saturday evening.  A chastened (if relieved) Wildcat squad will be out to prove itself, and goes in giving about 11 as of today.

As expected, TCU dropped to #3 after a lackluster performance against the Golden Gophers.  Hosting Stephen F. Austin (FCS, Southland) won’t boost their CFB cred.  That said, #4 Baylor is playing Lamar, so the real heel-sniffer in the top 5 this week is #5 Michigan State, getting a shot at Oregon.

The Louisiana syzygy was too much for the space-time continuum last week: the epic face-off between #14 LSU and the McNeese State Cowboys (FCS, Southland) was cancelled due to weather.  Which does make the Pelican State sound just a tad wimpy, not that we’re saying anything.  LSU will jump right back into it on Saturday, taking on #25 Mississippi State in Starkville to begin building the Tigers’ SEC record.  LSU gives 4; there’s every prospect of a good game in this one.

Kansas State heads to UTSA (scourge of Arizona), with a 17-point advantage in the line.  The purple ‘Cats will have to actually play someone before they’ll be taken seriously, and for hard-core purposes that doesn’t happen until 10 October, when they have their meet with TCU.

For some reason, Wyoming is hosting Eastern Michigan on Saturday, a match-up that has the distinction of never having happened before.  In spite of a struggling loss to an FCS team last week, the Cowboys give 13.5 in the line.  (That’s no doubt due to Eastern Michigan’s Week 1 loss, noted in our own comments section, to Old Dominion.)

#1 Ohio State gives 41 in its home stand against Hawaii – another match-up there’s no previous record of.  It’s not likely to seem like a good idea when it’s over, that’s for sure.  #2 Alabama is favored by only 35.5 over Middle Tennessee, suggesting that perhaps there’s been a power outage in Tuscaloosa.

#4 Baylor, as mentioned, hosts Lamar (FCS, Southland) in Waco.  Lamar beat up in a most unsporting manner on NAIA’s Bacone College last week, 66-3, and should probably be reported to someone for that.

#5 Michigan State and #7 Oregon State, meeting in East Lansing, have the marquee slot on Saturday evening, and undoubted game-of-the-week honors.  This one’s kind of a toss-up, although we have to come down, with the oddsdudes, on the side of a narrow Spartan victory (-3 MSU).  Oregon is still true to its faster-funnier tradition on offense, even in the post-Mariota era.  Can the Spartans rough up the inexperienced Duck D badly enough to establish themselves as Top Green, vaulting over Baylor?  We’ll find out on Saturday night.

In other games of interest, we of course can’t fail to mention the Battle of the Brothers on Friday evening, in which #24 Utah will host Utah State.  The Youths gives 12.

Also getting their out-of-conference rivalry action out of the way early are Iowa and Iowa State, meeting in Ames on Saturday to fight for the Cy-Hawk Trophy.  We think you’ll agree that as commemorative football art, the modern Cy-Hawk Trophy is without peer.  There should be a religious cult built around it.  Oddly enough, it belongs to the Cyclones going into Saturday’s game.  Hawks give 2.

We’d be remiss not to mention Marshall at Ohio in the Battle for the Bell.  Bells are as common as pigs, rivalry-trophy-wise, but we wish the teams well.  The Thundering Herd gives 3.

The states of Michigan and Oregon are going all-in this week, Power-5-wise: while Oregon and MSU duke it out in East Lansing, Oregon State will be in Ann Arbor taking on the Wolverines (-14, Michigan).

And Buffalo shuffles down to Happy Valley to be on the receiving end of 19 from a ragged-looking (so far) Penn State.  Maybe the Nittally Lions can win this one.

In FCS, McNeese State, balked of a shot at self-improvement last week, will finally kick off the season hosting Southland rival Incarnate Word in Lake Charles on Saturday evening.  The UIW Cardinals edged NAIA squad Texas A&M-Kingsville last week, 18-16.  They shouldn’t be a huge challenge for the Cowboys, who come into this week ranked #23 in the FCS Coaches’ poll.  80s and overcast for the 6 PM CDT kickoff.

In Div III, Rose-Hulman heads to Jacksonville, Illinois for a rematch with Illinois College, of the Midwest Conference. In 2014, Rose-Hulman bagged a hard-won 74-68, 3OT victory over IC in a game that saw the two teams rack up a combined 1,589 yards of offense.  The Engineers gained a Div III record 41 first downs in that game.  Altogether, the two teams may in fact be suspected of having agreed to leave their defenses at home.  Nobody’s talking.  At any rate, RHIT is hoping to put another one in the W column on Saturday, if not necessarily to have a 3OT-peat.  A muggy 70-ish with chance of storms at 7 PM CDT.

Christopher Newport hosts a frequent non-conference foe, Hampden-Sydney of the Old Dominion Athletic Conference, in Pomoco Stadium on Saturday night.  Hampden-Sydney would be the first to tell you they’re not very good.  They lost to Wabash 35-3 in Week 1, and aren’t likely to fare better in Newport News.  Thunderstorms and 70s, again, for the 7 PM kickoff.

Merchant Marine starts its season in style, hosting big-time rival Coast Guard in Kings Point (NY).  Coast Guard trounced tiny Anna Maria College (Paxton, MA) 34-6 last week, as the AMCATs debuted their Div III football program.  We can judge from that outcome that USCGA football has its own kinks to work out – but it will probably be a match for USMMA on Saturday.  80-ish with chance of storms for the 2:30 PM EDT kickoff.

Dallas hosts Giants in the Sunday Night Football opener; both teams start the season off with a conference bang.  The action won’t quit on Sunday, in fact, as Baltimore at Denver, in the late-afternoon slot, will be an upper-tier AFC match-up of strong interest to LU Nation.

Miami heads to Washington, just so we can say “Redskins” early and often, and New Orleans will be at Arizona.

Don’t want to forget an interesting Green Bay visit to Chicago in the early game on Sunday.  Monday football gives us Iggles at Falcons, followed by Vikings at Niners.

Brady and Gronkowski are just mocking the peasants on Dantooine now. 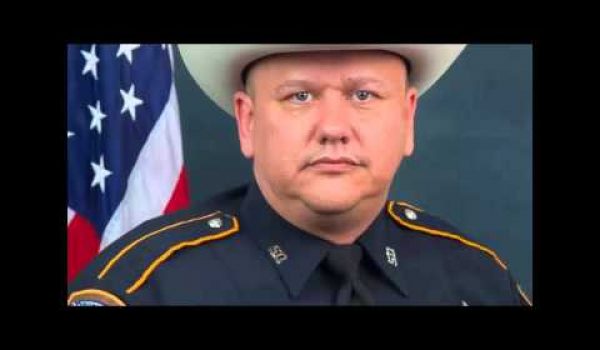