On its face, the move seems unobjectionable. A group has taken the initiative to set the record straight, placing billboards that purport to provide “accurate information” and dispelling “popular stereotypes” about Islam. The problem is that the claims made by the Islamic Circle of North America (ICNA) run only skin-deep.

The billboards feature a website and telephone number for the WhyIslam program, a group dedicated to providing “accurate information” and dispelling “popular stereotypes” about Islam.

New billboards in Boston, New York, San Diego and other cities proclaim what their Muslim backers say is the true message of Islam: peace and justice, not extremism and violent jihad.

The New York-based Islamic Circle of North America has erected 100 new billboards over the summer in those cities as well as in Phoenix, El Paso, Texas, Memphis, Tennessee, Cleveland and elsewhere.

They feature statements such as: “Muhammad believed in peace, social justice, women’s rights” and “Muhammad always taught love, not hate; peace, not violence.”

The group’s President, Naeem Baig, said they simply want to reclaim the message of Islam after it had been tainted by such events as the Charlie Hebdo attack in Paris.

The WhyIslam campaign however, has controversy of its own. The group’s former chair, Amir Mertaban, referred to members of Hamas — a group that appears on the U.S. State Department’s list of foreign terrorist organizations — as freedom fighters who have “done a lot of good” in Palestine and has refused to denounce the group.

In 2008, WhyIslam ran a series of Muslim subway ads, promoted by a Brooklyn imam whom federal officials had linked to a plot to blow up city landmarks. That Brooklyn imam is Siraj Wahhaj, an unindicted co-conspirator in the 1993 World Trade Center bombing.

It should be noted that the ICNA released a statement denouncing Awlaki’s views – nearly eight years later – but noting that at the time of his appearance, he had not been accused of any extremist ties, and that he had only started making radical lectures after being detained in 2007.

This is, of course, a flat-out falsehood. In fact, here’s a bit of what was already known regarding Awlaki at the time of his ICNA appearance:

Awlaki, who had inspired many to acts of terror, was killed in an American drone strike in 2011.

Here is some more background reading about the key players at the ICNA. 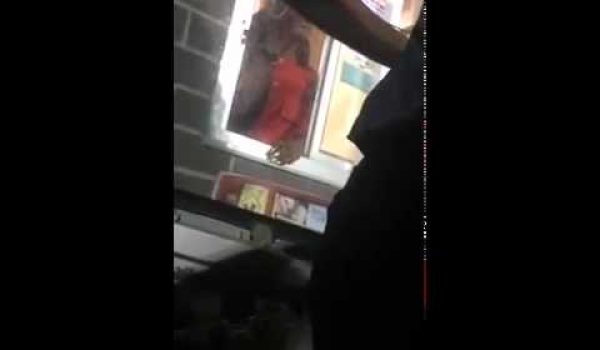 McDonald’s employee hauled through drive-thru window, beaten
Next Post
What percent of white, non-white vote does GOP need to win in 2016? Answers lie within