On Friday Deputy Darren Goforth, 47, was putting gas in his patrol car when a black man approached him from behind, said nothing, and fired multiple shots at point-blank range. Once the officer fell to the ground, the killer fired more shots at him. The father of two was pronounced dead at the scene. While he wasn’t there and did not hold the gun, Barack Obama killed Deputy Goforth as surely as if he pulled the trigger.

Yesterday at the Minnesota State Fair protesters carrying a Black Lives Matter flag marched, calling out in unison, “Pigs in a blanket, fry ’em like bacon.” The president wasn’t in Minnesota, but he was in spirit, leading the chants.

Make no mistake about it — this anti-cop movement traces its roots directly to 1600 Pennsylvania Avenue. It started near the very beginning of Obama’s presidency when, after admitting he didn’t know the facts in the case, he accused the Cambridge police of “acting stupidly” after his friend, Harvard Professor Henry Louis Gates, was arrested for breaking into his home.

Although most of us remember that line about police stupidity, there was much more to Obama’s statement that would turn out to be an ominous foreshadowing of things to come:

I don’t know, not having been there and not seeing all the facts, what role race played. But I think it’s fair to say, No. 1, any of us would be pretty angry; No. 2, that the Cambridge police acted stupidly in arresting somebody when there was already proof that they were in their own home; and, No. 3 … that there’s a long history in this country of African-Americans and Latinos being stopped by law enforcement disproportionately. [Emphasis added]

The highlighted portion is worth rereading. It neatly encapsulates the emotionally charged climate in the nation that has ultimately spawned the catastrophically wrong-headed Black Lives Matter movement.

When the shooting of Michael Brown by officer Darryl Wilson threatened to rip apart Ferguson, Obama was quick to pass judgment on the men in blue. Speaking at the annual Congressional Black Caucus Foundation dinner in Washington, he said this:

But the anger and the emotion that followed his [Brown’s]  death awakened our nation once again to the reality that people in this room have long understood, which is, in too many communities around the country, a gulf of mistrust exists between local residents and law enforcement.

Too many young men of color feel targeted by law enforcement, guilty of walking while black, or driving while black, judged by stereotypes that fuel fear and resentment and hopelessness. We know that, statistically, in everything from enforcing drug policy to applying the death penalty to pulling people over, there are significant racial disparities. [Emphasis added]

Of course if the president had bothered to wait for the facts, he would have learned that Michael Brown was a teen-aged thug who had just ripped of a store and who after trying to steal Wilson’s weapon when it discharged the first time, striking him in the hand. Brown’s death was ruled a justifiable homicide, and the fake “Hands Up Don’t Shoot” meme started by Obama’s friend and advisor Al Sharpton was a fantasy. But truth has never gotten in the way of this president as he has plodded relentlessly toward his goal of racial disharmony.

Remember the passive-aggressive statement Obama made during the April riots in Baltimore? He condemned the rioting but first said:

We have seen too many instances of what appears to be police officers interacting with individuals, primarily African-American, often poor, in ways that raise troubling questions. It comes up, it seems like, once a week now.

He added that the presence of social media had made these altercations more visible.

I am not saying that there are no bad cops, but the vast majority are good people who put their lives on the line to protect our families.

Darren Goforth was assassinated Friday not by a criminal trying to escape. Rather, he was shot to death because he was white and wearing a uniform. His killed he is an extremist member of a movement started by Barack Obama himself.

So far, the president has not issued a statement on the death of Goforth, but when he does it will be a bloodless pro forma acknowledgement of mock grief. There will be no fatuous speculation over whether the white sons the officer leaves behind could be Obama’s if he had a son.

This president, who resolved to unify the country, has divided us more than any president in history. Worse, he has set up the brave men and women who serve and protect as his personal scapegoats. 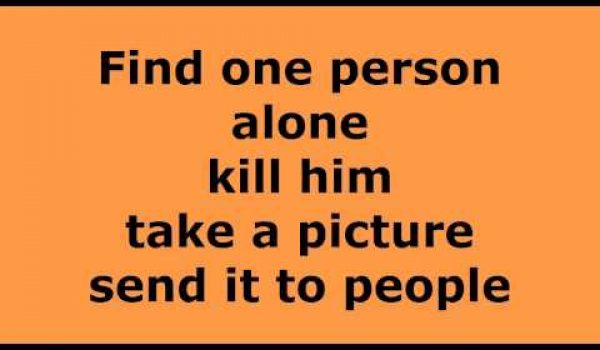