The 14th Amendment’s opening sentence reads, “All persons born or naturalized in the United States, and subject to the jurisdiction thereof, are citizens of the United States and of the State wherein they reside.”

GOP presidential candidate Donald Trump has made huge waves with his comments and stance on illegal aliens in America.

Let’s review all the presidential contenders stance on the issue  of birthright citizenship. Some of these may surprise you.

As reported by Michael Walsh:

Trump called for an end to birthright citizenship in his first official policy plan since announcing his candidacy, “Immigration Reform That Will Make America Great Again.”

“This remains the biggest magnet for illegal immigration. By a 2:1 margin, voters say it’s the wrong policy, including Harry Reid, who said ‘no sane country’ would give automatic citizenship to the children of illegal immigrants,” Trump said.

In an interview on Fox News, Trump said he would deport millions of undocumented immigrants and let the “good ones” return through an “expedited” process.

Ben Carson spoke out against birthright citizenship during a speech in Phoenix Tuesday, Breitbart reported.

“I know the 14th Amendment has been brought up recently, about anchor babies — and it doesn’t make any sense to me that people could come in here, have a baby, and that baby becomes an American citizen,” Carson said, according to the conservative news site. “There are many countries in the world where they simply have recognized that and don’t allow that to occur.”

Earlier this month, in conversation with conservative radio host Laura Ingraham, Chris Christie said the 14th Amendment might be outdated.

“I think all this stuff needs to be reexamined in light of the current circumstances,” he said during a moment flagged by ThinkProgress. “[Birthright citizenship] may have made sense at some point in our history, but right now we need to re-look at all that.”

While in Congress, John Kasich backed ending birthright citizenship but has since changed his mind.

Birthright citizenship: Where the 2016 presidential candidates stand on the 14th Amendment 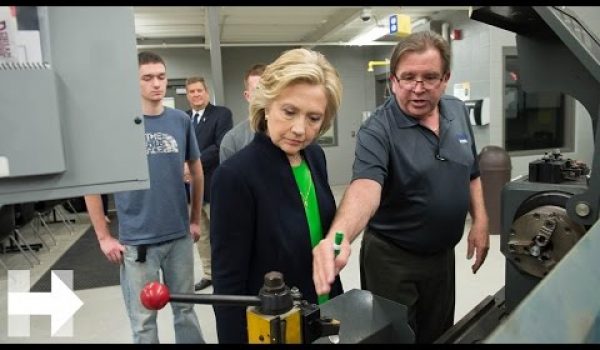