In a January 17, 2008, interview with the San Francisco Chronicle, then-Senator Obama said that “electricity rates would necessarily skyrocket” under his plan to fight global warming. He also said that under his plan, “if somebody wants to build a coal-powered plant, they can; it’s just that it will bankrupt them.”

For fossil fuels, this may be just the beginning. The Obama administration’s recently-issued Clean Power Plan is said to “accomplish little in the way of making any significant change in global emissions while simultaneously crippling the oil and gas industry and floating more ‘green energy’ plans which weren’t pulling their own weight.”

While it may not do much for the environment, it does economically punish Red States, especially due to changes reflected in the final version of the rule: for example, “North Dakota would have been required to cut emissions just 10.6 percent to comply with the draft rule, the least of any state; it will have to cut emissions 44.9 percent to comply with the final rule, the most of any state except for similarly fossil-fueled Montana and South Dakota.” CEI’s Marlo Lewis illustrates the adverse impact on Red States with a chart you can find at this link.

What passes for “green energy” in the eyes of the Obama administration often isn’t that “green”: the congressional cap-and-trade bill backed by President Obama contained environmentally harmful provisions, such as ethanol mandates that damage “water supplies, soil health and air quality.” (That bill also had an estimated cost to American taxpayers of $1,761 per household). Ethanol mandates helped destroy forests in some Third World countries, and spawned famines that killed countless people in the world’s poorest countries.

The Obama administration forced up the ethanol content of gasoline. In doing so it, it made gasoline costlier and dirtier, increased ozone pollution, and raised the death toll from smog and air pollution. Ethanol mandates also have caused widespread soil erosion and water pollution. By driving up food prices, they fueled Islamic extremism in Egypt and the Middle East.

The Biomass Crop Assistance Program, enacted with the support of the Obama administration, wiped out jobs while perhaps doing more harm than good for the environment, even as it cost taxpayers half a billion dollars, reported the Washington Post.

The harm to U.S. energy producers from President Obama’s regulatory policies won’t be offset by federal energy subsidies. Instead, the Obama administration used green-jobs money from the stimulus package to outsource American jobs to countries like China: “Despite all the talk of green jobs, the overwhelming majority of stimulus money spent on wind power has gone to foreign companies,” according to a report by the Investigative Reporting Workshop at the American University’s School of Communication in Washington, D.C. As it noted in 2012, “79 percent” of all green-jobs funding had gone “to companies based overseas,” and “the largest grant made under the program” had gone to “Babcock & Brown, a bankrupt Australian company.” 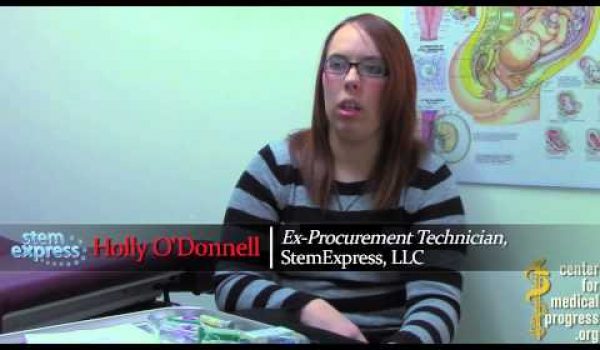 Video #7: ‘She gave me scissors and told me to cut down the middle of the face’ to harvest the brain
Next Post
School bans pro-life club, but THIS club is OK?