It’s a “fix … so simple that we’re kicking ourselves for not having thought of it before,” writes Eugene S. Robinson at Yahoo.com. When you hear his idea, you may want to come upside his head with a few swifts kicks of your own.

Robinson, not to be confused with the Washington Post op-ed writer of the same name less the middle initial, is author of “FIGHT: Everything You Ever Wanted to Know About A** Kicking But Were Afraid You’d Get Your A** Kicked for Asking,” and is himself a practitioner of the martial arts.

But I digress. Robinson’s modest proposal in re fixing the “police brutality” problem that he and his fellow liberals believe to be one the nation’s chief issues comes in the first paragraph of his treatise:

The headlines stumble on and wearyingly on, and the episodes they mark hew to a similar narrative line: Someone, very possibly someone Black or Latino, crosses paths with a police officer, and that someone, very possibly Black or Latino, comes out much the worse for wear. In the almost-year since Michael Brown’s shooting in Ferguson, Missouri — not the first such shooting but the first of this most recent string, and also sadly not the last — solutions to police shootings of people who didn’t need to be shot have gone from sputter to nonexistent.

His solution? Give “citizens of color … the choice to interact with cops of the same racial or cultural background”:

He freely acknowledges that this approach “might not work with violent crimes and criminals.” To be sure, one has trouble imagining how “segregated policing” (his term) would have made a difference in the case of Michael Brown, to take one example. According to eyewitnesses sympathetic to Brown, the events that led to his death went down very quickly following the initial contact between him and officer Darren Wilson.

Robinson also embraces an obvious counterexample to his proposal, noting that three of the six Baltimore police officers involved in the arrest of Freddie Gray were black.

As though the argument were not already sufficiently problem-ridden, is he suggesting that only “citizens of color” get to choose their flavor of law enforcement? And if so, isn’t that racist? 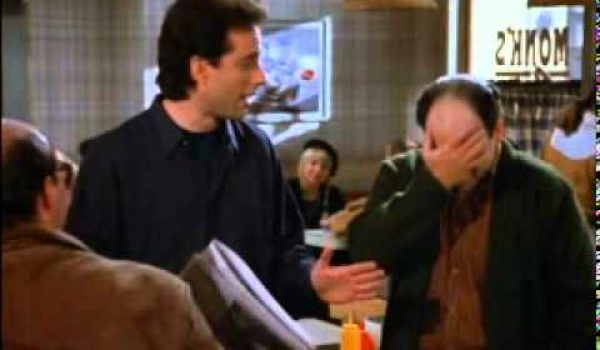 ‘Not that there’s anything wrong with it’: Read what this pol did to conceal affair
Next Post
College lays off hundreds, spends $950K on renovations to president’s mansion