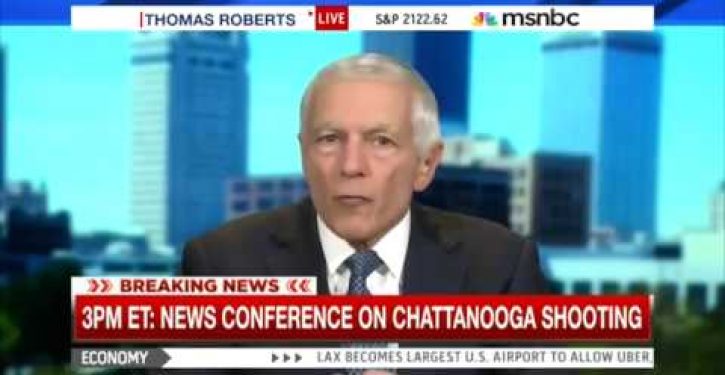 Those who cannot remember the past are condemned to repeat it, philosopher George Santayana famously counseled. Retired U.S. Army general Wesley Clark clearly remembers the past. Clark, who ran for president as a Democrat in 2004 and was a harsh critic of George W. Bush, recently appeared on MSNBC’s “Live with Thomas Roberts” to discuss the shootings in Chattanooga. While there he provided a short history lesson on how the U.S. dealt in the past with threats to the nation’s security.

In the clip below, Roberts asks, “How do we fix the problem of self-radicalized lone wolfs [sic] domestically?” Watch the exchange and pay close attention to Clark’s “solution.” A transcript follows:

Well, we’ve got to identify the people who are most likely to be radicalized, and we’ve got to cut this off at the beginning. There are always a certain number of young people who are alienated. They don’t get a job, they lost a girlfriend, their family doesn’t feel happy here. And we can watch the signs of that, and there are members of the community who will reach out to those people and bring them back in and encourage them to look at their blessings here.

But I do think, on a national policy level, we need to look at what self-radicalization means. Because we are at war with this group of terrorists. They do have an ideology. In World War Two, if someone supported Nazi Germany at the expense of the United States, we didn’t say that was freedom of speech. We put him in a camp. They were prisoners of war.

There is no question that self-radicalization is one of the defining problems of our times. In 2010, then-U.S. Attorney General Eric Holder acknowledged in an interview with ABC News that “the threat has changed from simply worrying about foreigners coming here, to worrying about people in the United States, American citizens — raised here, born here, and who for whatever reason, have decided that they are going to become radicalized and take up arms against the nation in which they were born.”

Holder went on to submit that 126 people had been indicted on terrorist-related charges in the previous two years, 50 of whom were American citizens.

Which brings us back to Clark’s modest proposal. He tells his host that the U.S. and its allies need to “segregate” radicalized individuals from the “normal community.” Another way of putting this is that he wants to place Americans citizens, born and bred, in internment camps.

Notice by the way that Roberts doesn’t bat an eye at this suggestion. Imagine how differently the interview would have played out had the speaker been a Republican. Imagine the blowback from the rest of the mainstream media.

New transgender guidelines will allow boys to play on girls’ sports teams and vice versa
Next Post
Video: Which anti-gay bigot said it? 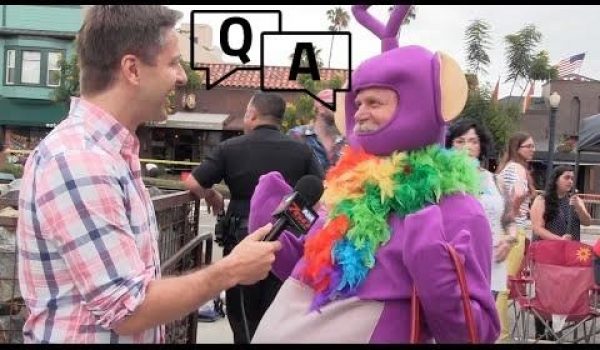