Donald Trump may not be my choice for the Republican nomination, but he’s garnering tremendous interest right now with his anti-illegal theme.

The latest news is that the venue for his rally in Phoenix on Saturday, 11 July, has been moved to the Phoenix Convention Center, “to accommodate the thousands of people expected to attend.”  According to Vocativ, a “scalping frenzy” erupted for access to the rally, which will also feature Sheriff Joe Arpaio.  Tickets to the nominally free event have been going for $50 on Craigslist.  (H/t: Breitbart.)

Trump is also reported to be forming a South Carolina Steering Committee, indicating an expectation of staying power in the primaries next year.

His recent surge in national polling undoubtedly has something to do with that.  As Howard Portnoy reported this morning, Trump topped a new Economist/YouGov poll, pulling 15% among registered Republicans, to Jeb Bush’s 12%.

There’s really no logical alternative to recognizing that Trump has struck a nerve with his theme of decrying the influx of illegals into the country.  That’s what he’s been in the news for, over the last couple of weeks.  If he has talked about anything else, the average voter doesn’t know about it.  The surge for Trump is occurring because his message on illegals resonates with the voters.

I think you have to be really out of touch to not understand why.  The voters aren’t stupid, racist, or even just wrong about this issue.  What they see clearly is that millions of people are being allowed to live among us – in their cities and neighborhoods – who are excused from conforming to the laws the native-born have to abide by, and yet are also battening on a host of public services.

Because of how Trump has framed his proposition – suggesting in effect that the influx of illegals amounts to importing crime – a number of Republican and conservative voices have spent the last 10 days arguing that immigrants don’t commit crimes at higher rates than the native born.  In fact, they say, immigrant crime rates are lower than crime rates among the native born.

But frankly, they sound prissy and pedantic when they say this.  There’s a reason why their narrow argument come off to so many voters as special pleading, and it’s not because voters have it in for “Hispanics.”  It’s because comparisons between illegals and the native born are all unfair and prejudicial, as long as the native born are the only ones being held to a law-abiding standard.

There are no sanctuary cities for native-born Americans who commit multiple felonies across the fruited plain.  A native-born American with a long multi-state rap sheet gets no benefit of the doubt from the police, or the judicial or penal systems.  If you were born in Peoria and the feds want you after San Francisco gets through with you, San Francisco’s going to have the feds waiting for you at the jailhouse door.  It’s only if you’re an illegal alien that the city goes out of its way to make sure federal agencies don’t know you’re being released.

But forget native-born criminals.  Native-born citizens with no criminal history whatsoever get fewer breaks from state and local policies than illegal-alien criminals do.  Here in California, if I were to be stopped by the highway patrol and found to lack a valid driver’s license, or vehicle registration or insurance, I’d be sent to court and fined hundreds of dollars.  Yet if I looked Hispanic, didn’t speak English, and had no proper documents, a patrolman would know that no county wants to hear about it.  I could be a violent felon with a string of assaults and drug-trafficking busts in my wake, and if I didn’t pony up the documents to track my unsavory history with, I’d get a pass.

The patrolman himself might think this is awfully unfair to law-abiding citizens, but there’s nothing he can do.  The policies of the state and county governments are above his paygrade.

The double standard regarding who has to pay and be accountable holds across the board.  Victor Davis Hanson has written about this double standard often, from the perspective of an average Californian who lives it every single day.  It is real, and more and more Americans are becoming aware of it, as illegals flood their cities and towns.

Trust in the social compact requires reciprocity and shared expectations, and as the illegal population grows, those tacit agreements are increasingly compromised.  Only those fortunate enough to be sealed off from this unsettling shift, by geography or wealth, can have the gall to suggest that the people who have to live it, and who dislike it, are hidebound rednecks.

The great majority of ordinary middle class people who want the border guarded, and the influx of illegals stopped, already live and work among people of other races and ethnic backgrounds.  Wanting the illegal influx stopped isn’t about race or ethnicity.  It’s not about immigrants, per se, who are a net positive when they immigrate legally and become loyal citizens.  It’s about the slow deterioration of daily life that comes with systematic illegality and double standards.

That’s why Jamiel Shaw, Sr., whose son was murdered by an illegal, told Neil Cavuto on Friday that he’s “feeling invigorated, with Donald Trump, for the first time”; and that “people who’ve been murdered by illegal aliens, we feel hope, we feel change coming, and we’re happy that we can get our stories out, we can get mobilized…”

Trump is an unlikely champion, certainly.  It seems like a good bet that he’ll flame out at some point by alienating the people who are excited today about his message on illegals.

But there’s a reason he’s surging with the voters right now, and it’s not because anyone is stupid, or needs to have his thinking corrected.  It’s because no other candidate has the guts to speak the truth about the real damage being done to the lives of middle-class Americans by the bad policies that let illegals continue to flood the country. 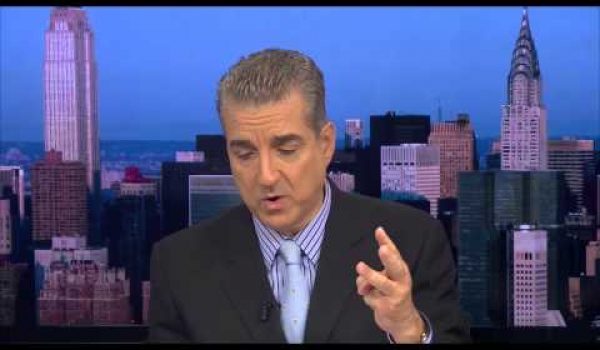