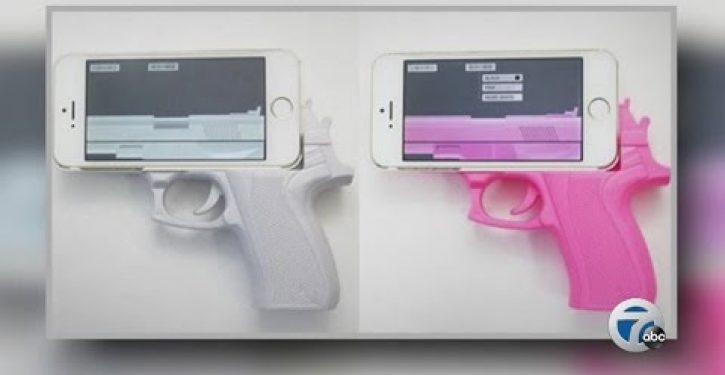 Police are advising against purchasing a gun-shaped iPhone case that recently came on the market, saying officers could easily mistake it for the real thing.

The case, which has a realistic-looking handle and trigger, holds an iPhone where the barrel of the gun would normally go. An online vendor selling the case calls it a “sexy pistol protective shell for iPhone 6 with unlimited times to pull the trigger.”

Police in a number of states are telling customers not to purchase the novelty item. A sheriff in Sioux City, Iowa, said he worried what might happen if an officer saw someone with the device tucked into his pocket or waistband.

“If he tugs on that pistol grip, we’re going to assume it’s a gun,” Woodbury County Sheriff Dave Drew said. “That’s the scary part. It’s a split-second decision the officer has to make. You could have something tragic happen.”

Police in other states have echoed the sentiment, with Birmingham, Ala., Detective Sergeant Michael Mangina, calling the case “the most stupid and ridiculous thing I’ve seen in a while,” adding:

It’s going to draw attention and possibly get you shot. Just think of the commotion it’s going to cause if you walk into Wal-Mart with that hanging out of your pocket. I have read on the Internet and received officer alerts on real guns that are hidden in cell phones and cell phone cases. This is stupid and very dangerous.