In 2008, Sen. John McCain was 70 years old. By anyone’s standards that’s old to be running for president. Capitalizing on this inescapable truth, the Obama campaign, abetted by its public relations wing (aka the media), focused attention on McCain’s computer illiteracy. An ad by Team Obama that received an honorable mention from USA Today via the Associated Press cheerfully noted:

In 1982, John McCain goes to Washington. Things have changed in the last 26 years, but McCain hasn’t.

He admits he still doesn’t know how to use a computer, can’t send an e-mail….

Fast forward to the present. Another aging candidate is running, this time on the opposing ticket. But no one can accuse Hillary Clinton, who will turn 68 several days before the 2016 presidential election, of not knowing how to send an email. As we all now know too well, she has that bit of technology down cold.

But can she send a fax? By way of answering consider this email exchange with aide Huma Abedin included in the most recent batch of emails released by the State Department and tracing back to Clinton’s time as secretary of state:

For those keeping score, the modern fax machine made its appearance around 1980, which makes the technology 35 years old. To paraphrase the Obama ad mocking McCain:

In 1990, Hillary Clinton goes to Washington. Things have changed in the last 25 years, but Hillary hasn’t.

She still doesn’t know how to use a fax machine….

Ultimately, Hillary won’t be judged on her technological prowess but on her record, which is infinitely more damning. Besides which, computer literacy is vastly overrated as a qualification for the presidency. Consider that we are now approaching the end of the second term of a man president who is quite computer-savvy, so much so that he recently initiated his own Twitter account, and look how great he’s been for the country. 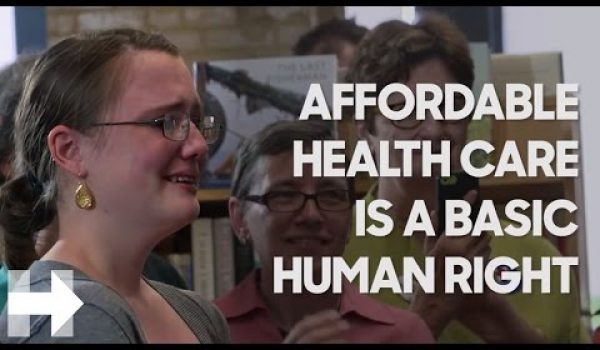