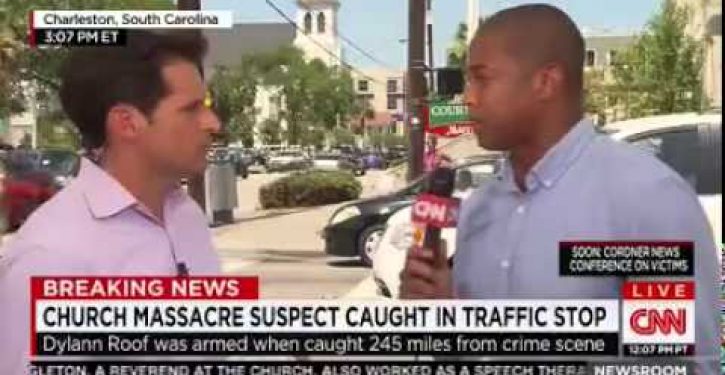 If the headline of this post specified any demographic other than white people, I would be guilty, according to conventional present-day liberal standards, of racial targeting, if not something more heinous. Since, however, white people are fair game because every white person, in the view of the left, born with “privilege,” the statement is acceptable.

It is also factual.

I am guessing that there are way more racists than there are terrorists, but the assertion that both exist is beyond dispute.

The problems with these statements of fact arise when all white people are painted with the same broad brush as terrorists or racists. That is an example of stereotyping and is, itself, one of the most pernicious forms of racism.

It is precisely what a black woman “broadcasting” on a street corner in Charleston, S.C., did Thursday. CNN was reporting on the latest events in the church massacre, which left nine black parishioners dead. At around 0:19 in the video that follows, the woman can be plainly heard saying, “White people are terrorists.”

A more subtle and therefore invidious form of the same brand of racism was practiced yesterday by another black woman, this one Washington Post opinions page deputy editor Karen Attiah, who should know better. She wrote:

The gruesome massacre of nine people at Emanuel African Methodist Episcopal Church, a historically black church in Charleston, S.C., may amount to the worst racially motivated terror attack of our generation and a deeply violent reminder that racism and white supremacy continue to course through America’s veins.

The difference between her words and those of the misguided woman on the street corner is that Attiah’s intention is to inflame, to rouse passions. To make matters worse, her comments are received be a much larger audience.

All reasonable people wish fervently for an end to racial unrest in our nation and terrorism worldwide. Overgeneralizing is not the answer. 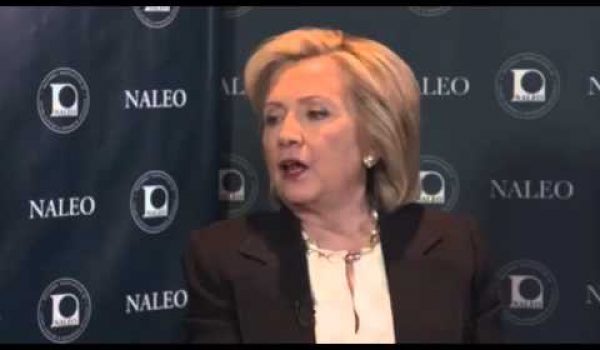