Rachel Dolezal, the “black” activist who caused a national sensation when it was revealed she was actually white and faking her own black heritage, announced Monday she was stepping down as head of Spokane’s NAACP chapter.

Dolezal said she made her decision because her personal saga was distracting from the greater goals of the NAACP.

Said Dolezal in her announcement, which was posted to Facebook:

Police brutality, biased curriculum in schools, economic disenfranchisement, health inequities, and a lack of pro-justice political representation are among the concerns at the forefront of the current administration of the Spokane NAACP. And yet, the dialogue has unexpectedly shifted internationally to my personal identity in the context of defining race and ethnicity … In the eye of this current storm, I can see that a separation of family and organizational outcomes is in the best interest of the NAACP.

Dolezal had been elected head of the Spokane chapter in 2014, and was credited with substantially increasing its local visibility. Prior to her resignation, the national NAACP had stood by Dolezal, pointing out that none of its bylaws require leadership positions to be held by non-whites.

In the announcement, Dolezal didn’t admit to being born white or otherwise apologize for her words or deeds, which included claiming a black man was her father when he was not related to her. She did say that “challenging the construct of race is at the core of evolving human consciousness,” suggesting she may genuinely view herself as “transracial,” born white but having transitioned to being black.

Despite stepping down, Dolezal said this is just another step in a continuing effort to further racial justice.

“Please know I will never stop fighting for human rights and will do everything in my power to help and assist, whether it means stepping up or stepping down, because this is not about me,” she said. “This is not me quitting; this is a continuum. It’s about moving the cause of human rights and the Black Liberation Movement along the continuum from Resistance to Chattel Slavery to Abolition to Defiance of Jim Crow to the building of Black Wall Street to the Civil Rights and Black Power Movement to the ‪#‎BlackLivesMatter‬ movement and into a future of self-determination and empowerment.”

While Dolezal is leaving the NAACP, it is not clear whether she is planning to stay at her other jobs as a member of Spokane’s police ombudsman commission (a post she got after claiming to be black on the application) and as a professor of African studies at Eastern Washington University.

The resignation also makes no reference to any other possible wrongdoing by Dolezal. Besides her appropriation of a fictional black heritage, Dolezal is also under suspicion for possibly fabricating hate crimes of which she claimed to be a victim. 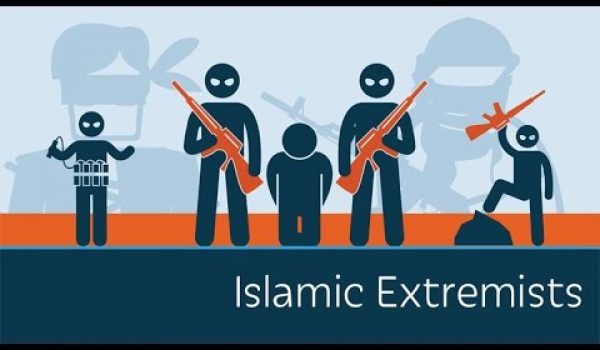 Video: Prager U on why some people become Islamic extremists
Next Post
Dolezal sued Howard U. in 2002 for discriminating against her – because she’s white