I appreciate it when leftists get off script, dispense with the propagandist talking points, and say what’s really on their minds.

And they hate the natural family.

But they do so love big government.

In an article for the Australian Broadcasting Corporation titled, “Is having a loving family an unfair advantage?” Joe Gelonesi, host of “The Philosopher’s Zone” radio program, calls the natural mom-dad biological family a “weathered institution ever more in need of a rationale for existing.”

While he admits that it may be premature to “abolish the family and put children into care of the state,” Gelonesi suggests, nonetheless, that such government action might be the most “straightforward answer” – if only “from a purely instrumental position.”

But what’s the question? And why such hostility toward the natural family?

In the context of marriage, family and economics, the left’s upside-down brand of social justice, of “equality,” requires that, in order to level the playing field, we must bulldoze the playing field altogether – we must take from the haves, give to the have nots and dumb-down everything else to the lowest common denominator. If one person is suffering, then “equality” demands that all must suffer. The solution to inequality borne by those in the Third World, for instance, is to make the whole world the Third World (see Barack Hussein Obama, circa 2008-2016).

The same goes for marriage and family. As Gelonesi explains it, “The power of the family to tilt equality” creates an “unfair advantage” for children without loving biological parents. “When a parent wants to do the best for her child,” he claims, it necessarily “makes the playing field for others even more lopsided.”

And so, whereas the conservative solution is to offer a leg up, the “progressive” solution prefers a jackboot down. While equality of opportunity is a step in the right direction, equality of outcome is the statist endgame. Naturally, to reach this lofty goal, government intervention is required.

This is pure egalitarianism – cultural Marxism – and, as jaw-droppingly insane as it is, it yet remains the pervasive philosophy among “progressives” worldwide.

In order to bolster his thesis, Gelonesi interviews Adam Swift, a professor of political theory at Great Britain’s University of Warwick. Swift has co-authored, along with University of Wisconsin professor Harry Brighouse, the book, “Family Values: The Ethics of Parent-Child Relationships.”

Don’t let the title fool you. There’s nothing ethical about what these two men propose. “Challenging some of our most commonly held beliefs about the family,” boasts the editor’s summary, “Brighouse and Swift explain why a child’s interest in autonomy severely limits parents’ right to shape their children’s values, and why parents have no fundamental right to confer wealth or advantage on their children.”

Gelonesi’s article describes Swift as “a philosopher with a rescue plan very much in tune with the times.” This, as you will see, says a great deal about “the times.”

“One way philosophers might think about solving the social justice problem would be by simply abolishing the family,” suggests Swift. “If the family is this source of unfairness in society, then it looks plausible to think that if we abolished the family there would be a more level playing field.”

Swift concedes, however, that the family does confer some benefit to children, and, therefore, institutionalizing the little buggers may not be the best solution.

The operable words here are “allow,” “unfairness” and “other people’s children.”

“For Swift, there’s one particular choice that fails the test,” continues Gelonesi.

“‘Private schooling cannot be justified by appeal to these familial relationship goods,’ he says. ‘It’s just not the case that in order for a family to realize these intimate, loving, authoritative, affectionate, love-based relationships you need to be able to send your child to an elite private school.’

Swift opines that, while banning bedtime stories outright might be an impractical step toward ensuring fairness – banning private schools is at once a plausible and necessary means to that end.

“We could prevent elite private schooling without any real hit to healthy family relationships, whereas if we say that you can’t read bedtime stories to your kids because it’s not fair that some kids get them and others don’t, then that would be too big a hit at the core of family life.”

“For Swift and Brighouse,” writes Gelonesi, “our society is curiously stuck in a time warp of proprietorial rights: If you biologically produce a child, you own it.”

“‘We think that although in practice it makes sense to parent your biological offspring, that is not the same as saying that in virtue of having produced the child the biological parent has the right to parent.’”

By now, you should be saying “holy crap” or some such. This is unadulterated fascism on parade. And it’s winning the Western world over.

Speaking of parades, Swift goes on to wade the unpotable waters that will inevitably fester in the wake of the global “gay marriage” tsunami.

“Politicians love to talk about family values, but meanwhile the family is in flux, and so we wanted to go back to philosophical basics to work out what are families for and what’s so great about them and then we can start to figure out whether it matters whether you have two parents or three or one, or whether they’re heterosexual etcetera.”

But lest we deem the good professor entirely bat-guano-crazy, he sets an arbitrary cap on parents permitted, to allay our concerns. “We do want to defend the family against complete fragmentation and dissolution,” he graciously allows. “If you start to think about a child having 10 parents, then that’s looking like a committee rearing a child; there aren’t any parents there at all.”

Such is the irrational mindset of the self-styled rationalist – the immoral nattering of the moral relativist. 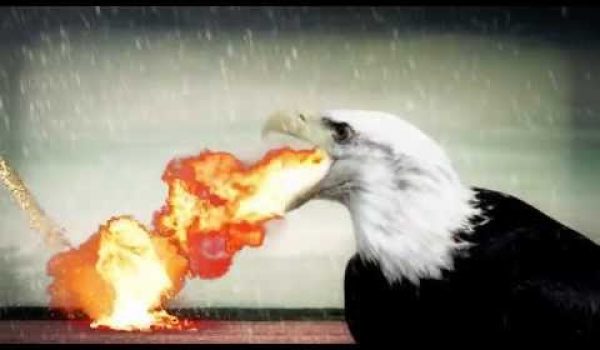