In a recent article for Time Magazine, Tavis Smiley warned that protests and riots could quickly become the new normal for America if we don’t have a more serious “national conversation about police misconduct and race relations.” Smiley claimed in his article that the “riots aren’t a black or white thing,” but offered no support to that assertion, contradicting himself and focusing on race throughout the entire piece. Smiley failed to acknowledge that what really needs to be addressed is the undercurrent of chaos that criminals thrive on in these situations.

The latest in a series of court cases to deal with charges against a police officer for racially motivated violence has come to a close, with a judge handing down a “not guilty” verdict for Michael Brelo. Brelo, a Cleveland police officer, was charged in the deaths of Timothy Russell and Malissa Williams in 2012, after a car chase that ended with 13 policemen firing 137 rounds at the unarmed pair.

Judge John O’Donnell of Cuyahoga County, who presided over the case, wisely made note of the unrest caused by similar cases in Staten Island, NY, Ferguson, MO, and, most recently, Baltimore, MD. O’Donnell refused to “sacrifice” Brelo to mob justice with no evidence to support a conviction. By the next day, peaceful protests had escalated into riots, with dissenters throwing signs and pepper-spraying bystanders.

“Guilty or not guilty, the verdict should be no cause for a civilized society to celebrate or riot,” asserted Judge O’Donnell. Going by O’Donnell’s statement it could be argued that American society has, indeed, descended into chaos. As with the Freddie Gray riots in Baltimore, the more aggressive demonstrators in Cleveland are tarnishing the reputations of those who are legitimately protesting. Thugs see the protests as an excuse to loot and arson. This intolerable behavior lumps everyone into the same group, undermining the message and belittling the causes of peaceful protesters who are working within the parameters of the law. By all means, though, keep rioting; a new study shows that violent protests end up shaping a more conservative America.

Many cite over-aggressive law enforcement as the impetus for such civil unrest. This “aggressive policing” excuse – which is exactly what blaming police for the purposefully destructive behavior of rioters is – only spurs on a vicious cycle. If over-policing incites rioting, rioting most definitely sparks further over-policing, which in turn causes more rioting, and so on.

But an increased police presence is to be expected, considering the changes that have resulted from the constantly mutating nature of crime and violence in the past fifty years. Gangs have more weapons and greater access to recruits than the mobster families of yesteryear; drug sales and trafficking have become mainstream problems; and terrorism threats have necessitated stricter action and vigilance – even preemption – to ensure public safety. As society evolves, so, too, must the way in which law enforcement handles situations and interacts with the public.

There are inevitable problems that go along with a more visible police presence. Any position that comes with power is subject to corruption. In order to avoid gross negligence and to prevent further violence toward detainees, steps need to be taken within law enforcement offices. First, police need to find a way to be visible in the community without appearing unduly threatening. This is a difficult balance to strike, as their presence must deter crime and unrest without antagonizing residents. There have been many past incidents where the police have acted too forcefully; however, this does not call for rioting

Reform is a slow process, but body cameras have already been introduced in many major cities across the US, although their effectiveness is still debatable. Most of the cities that have implemented them have seen no drop in police misconduct or use of force incidents. American society would do better to change the culture of policing, rather than relying on technology that produces questionable results, at best.

While there is still work to be done to build a system of accountability into our police forces, it is imperative that the Democrats pandering myopically to their vote-banks do not erode the authority of law enforcement. Many on the left fan the already volatile flames by providing propaganda to rioters and anarchists in order to feed their own agenda. The inevitable endgame here is the federalization of all American police departments.

A newly crafted consent decree between the U.S. Justice Department and the Cleveland police department would, among other things, require an officer to complete a report each time he even points a weapon at a suspect. It is delusional to believe that injecting an excessive amount of bureaucracy into the law enforcement system will do anything but hinder productivity and officers’ ability to effectively do their jobs.

In the aftermath of the Baltimore riots, a number of citizens demanded that the police remove their presence from residential areas. The recent Memorial Day weekend brought a sudden uptick in violent crimes, with police reporting 29 shootings and nine killings. This brings the total number of deaths due to violent crime to 35 in May alone, making it Baltimore’s deadliest month in over fifteen years. Many fear for their lives, afraid to leave their homes.

Who could have guessed that kicking the cops out would result in such a drastic spike in crime? Law enforcement exists to prevent just this. If the police are constantly worried they’re going to experience a public backlash for doing their job well, they’re going to stop. The majority of officers do their job ethically. Of course there are bad cops, just as there are bad teachers, bad CEOs and bad doctors, but it is just as wrong to assume that all police officers are racist tyrants as it is to believe that all black people are criminals and thugs. 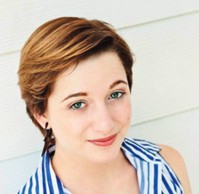 Democratic insider: If Hillary wins, expect a ‘Clinton co-presidency’
Next Post
What you didn’t hear about Ann Coulter and the illegal who wanted a hug (Video) 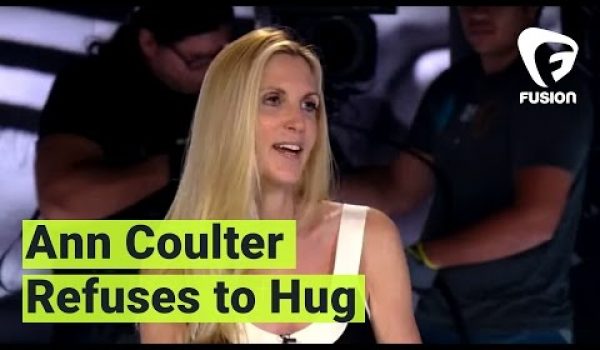