LU Nation will remember Dr. Saida Grundy’s debut in the national spotlight earlier this month.  As recounted by Howard Portnoy, Grundy waded into a Twitter exchange and posted this immortal recommendation:

Now Fox News has been alerted to an exchange on Facebook involving Grundy.   Reportedly, Grundy’s interlocutor, who identified herself as rape victim Meghan Chamberlin, took exception to something in an article written by Grundy after the 2015 Oscars ceremony:  “Dear Patricia Arquette: Blacks and gays owe white women nothing.”

“I LITERALLY cry and lose sleep over this,” Chamberlin wrote, adding she had been raped as a child and felt that: “what this article did was tell me that I’m not aloud (sic) to ask for help… Because I am a WHITE woman… So when I read this article… you do understand what that does to me, right? It kills me…”

Grundy didn’t take the challenge well.  We’ll let her speak for herself:

“’I literally cry’…. While we literally die,” she said before adding, “try this article. A white woman explaining this issue to other white women… who manages NOT to cry while doing it!”

“No really. I got it. You can take your claws out, thanks.”

“^^THIS IS THE S**T I AM TALKING ABOUT. WHY DO YOU GET TO PLAY THE VICTIM EVERY TIME PEOPLE OF COLOR AND OUR ALLIES WANT TO POINT OUT RACISM. my CLAWS?? Do you see how you just took an issue that WASNT about you, MADE it about you, and NOW want to play the victim when I take the time to explain to you some s**t that is literally $82,000 below my pay grade? And then you promote your #whitegirltears like that’s some badge you get to wear… YOU BENEFIT FROM RACISM. WE’RE EXPLAINING THAT TO YOU and you’re vilifying my act of intellectual altruism by saying i stuck my “claws” into you?” …

Grundy posted again, finishing with: “go cry somewhere. since that’s what you do.” …

Grundy then responded to others: “am I mocking her tears or am I saying that her tears are meaningless displays of emotions because they don’t reflect at ALL an intention to understand the issue from the prospective (sic) of women of color or queer women.”

So, OK, I am kind of fond of that expression “intellectual altruism.”  Must save that one on an index card.  And, sure, I’m intrigued by how Grundy came up with the very precise “below my pay grade” calculation.

But let’s not forget that there is no way 99% of us could ever get away with being part of such an exchange, and still keep a new professorial appointment, which Boston University says she will do.  Talk about a lack of judgment, self-control, and perspective.  And that’s aside from the lack of compassion and patience.  Sure, a person of the opposite political persuasion would probably encourage Meghan Chamberlin not to hang out on Facebook, or read political screeds about Patricia Arquette, as a way of recovering from the trauma of childhood rape.  But it’s just basic humanity to be gentle with her.

There’s exactly one reason Grundy will get away with this — and it won’t be her unique facility with calculating pay-grade-to-obligation factors.

Fox reports that friends of Chamberlin notified Boston University of the Facebook exchange.  The exchange was taken down from Facebook shortly after Fox began investigating.  A screen cap of part of the original back-and-forth is posted at the Fox site, and below. 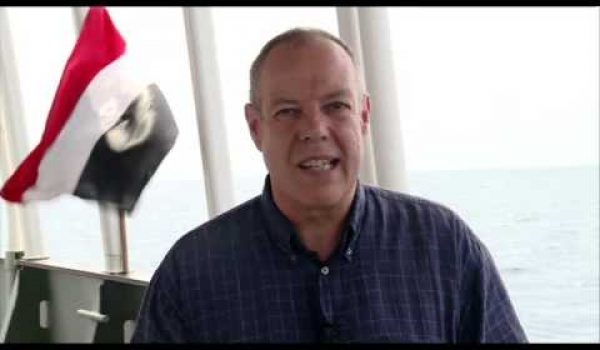