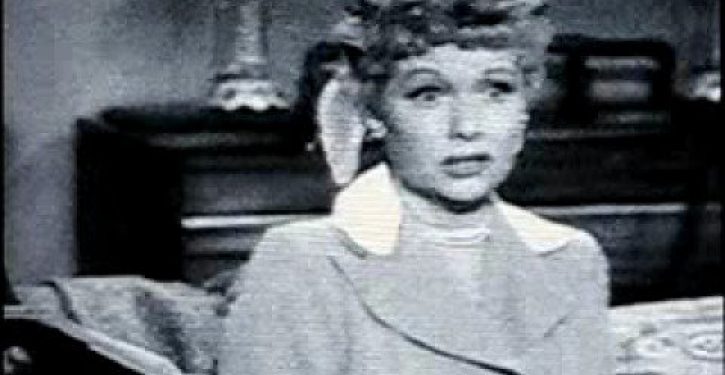 Last week, Mark Halperin of Bloomberg Politics interviewed U.S. senator and presidential hopeful Ted Cruz. In the Q & A, Halperin grilled Cruz on a topic he hopes will be on voters’ minds in the event Cruz becomes the Republican candidate — whether he has “an affinity for or a connection to” his “Cuban past.” In other words, is Cruz Cuban enough?

Before anyone accuses Halperin of the most blatant form of racism, note that there was a line he refused to cross. He never once summoned up his best Ricky Ricardo and told Cruz he had some “‘splainin’ to do” (although he came dangerously close at several points, including his request that Cruz discuss Bernie Sanders’s entrance into the race “en español“).

The interview might never have gained the attention it has if it weren’t for a stinging rebuke of Halperin’s methodology by Hispanic journalist Ruben Navarrette, who wrote in the San Jose Mercury News:

Imagine the following pep talk that a young Ted Cruz might have gotten from his father, Rafael, about 35 years ago.

“My son, I was tortured in a jail cell in Cuba, but I managed to come to the United States and build a life so that you could live your dreams. I grew up speaking Spanish, but I made sure you spoke English so you could go far. If you study hard, you can attend great universities. You can clerk for the chief justice of the Supreme Court, become a great trial lawyer and argue nine cases before the high court, get elected to the U.S. Senate, and someday run for president.

“Then, after all the family’s efforts and sacrifices, one day, you can go on an interview program and be asked by a smug and clueless white journalist if you’re authentically Cuban.”

As a journalist, I felt embarrassed for Halperin. As a Hispanic, I felt like I was watching a college fraternity have fun with racial stereotypes.

A video of the interview follows, along with a partial transcript:

Halperin: Senator, people are really interested in you and your identity. I just wanted to ask you as a historical matter, when you filled out your application to Princeton, to Harvard Law School, did you list yourself as an Hispanic?

Halperin: … if you have an affinity for or a connection to anything part of your Cuban past, do you have a favorite Cuban food… Cuban dish?

Cruz: Oh, I grew up eating Cuban food all the time, I…

Halperin [Cutting him off] What’s your favorite dish?

Halperin: All right … do you like Cuban music. Do you have a favorite Cuban singer?

Halperin: Finally, I wanted to give you the opportunity to welcome your colleague Senator Sanders to the race and I’d like you to do it, if you would, en español.

The hypocrisy of a liberal “going there” is so rich that it needs no commentary, though some of the conservative blowback is too good to ignore. The Daily Caller’s Jamie Weinstein posted a column yesterday titled “10 More Questions Mark Halperin Might Ask 2016 Presidential Contenders.” Here are the first two:

1.) “Dr. Carson, I’m curious how deep a connection you have to your African-American heritage. Can you tell us how you celebrate Martin Luther King’s Day and who your favorite rapper is? Also, if you could doctor, Sen. Sanders recently entered the presidential race, would you welcome him to the competition — in jive.”

2.) “Gov. Jindal, I’m curious how deep a connection you have to your Indian heritage considering you do not sport a dot on your head. Has anyone in your family ever owned a 7-11?”

The hashtag #HalperinQuestions is also trending this morning on Twitter. It has already spawned some comedic gold:

I’d be happy to have @MarkHalperin on tomorrow and won’t mind if he asks me if I use SPF 15, 30 or 70.? #HalperinQuestions

“Mr. Kennedy, if you are indeed the first Irish Catholic president, chug this bottle of Jamesons and eat a potato.” #HalperinQuestions — David Burge (@iowahawkblog) May 10, 2015

Ms. Fiorina, you pay for own birth control, & aren’t helpless & dependent on govt. How can U call yourself a real woman? #HalperinQuestions

94-year-old man finally graduates from college, more than 75 years after he started
Next Post
Along with Saudi king, most Gulf rulers to skip U.S. summit