Frustrated by an administration that they say has been too slow in constructing gender-neutral bathrooms, students at the University of California-Berkeley have started leaving cups of (supposedly) fake urine all over campus.

The cups, set up by a group calling itself the Bathroom Brigade, are paired with signs that read, “Where Was I Supposed To Go?” The intent is to make the point that students who identify as neither male nor female have far too few bathroom options on campus.

Berkeley has already committed to at least one gender-neutral bathroom per building on campus, but activists accuse administrators of dragging their feet and moving too slowly to address the pressing crisis of bathroom equality.

“Imagine how many times you go to the bathroom every day. Imagine if (every time) you had to walk across campus,” graduate student David Showalter told the Daily Californian. “I would suspect that these actions will keep happening until there’s concrete change.”

Berkeley has been deluged in recent months with a series of protests regarding its bathroom policies. In March, signs were plastered over bathroom markers, denoting that rather than being for “Men” or “Women,” they were for “All Genders.” Students have also engaged in an occupation of the bathrooms at Dwinelle Hall, one of the largest buildings on campus.

Down the coast at San Diego State University, students held a “sh*t-in” in October, setting up toilets all around campus and dropping their drawers to protest the lack of gender-neutral potties.

Georgia mom calls police on 10-year-old son for being disrespectful
Next Post
Quote of the Day: Convict all 6 killer cops or else (Video) 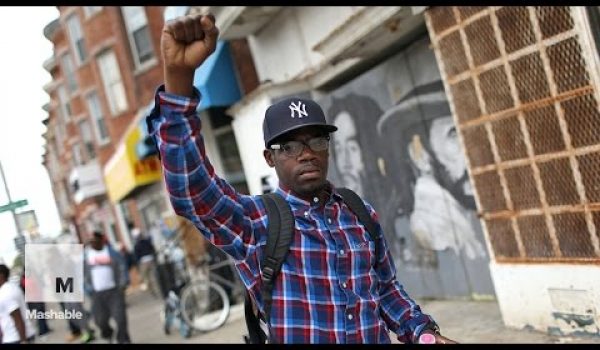