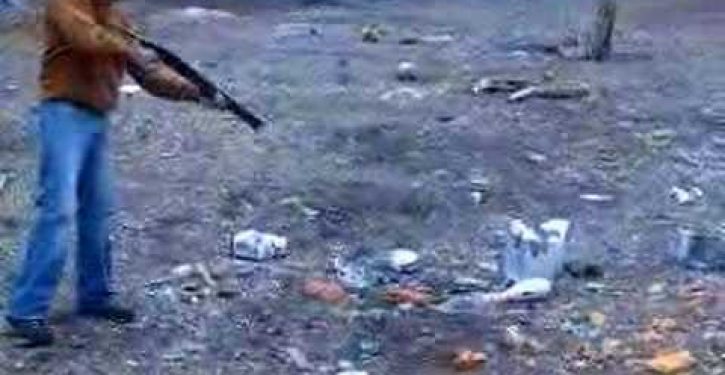 Some days you get lucky, and there’s a “guy cited for shooting his computer” story.

Who among us, after all, hasn’t wanted to park a few rounds in the old PC?

According to the Colorado Springs Police Department, officers responding last night to a 911 call about shots fired discovered that a “fed up” Lucas Hinch took his computer into a back alley and “fired 8 shots into the computer with a handgun, effectively disabling it.” …

When asked about the shooting, Hinch told TSG, “I just had it,” adding that he tired of the balky computer’s “blue screen of death.” Hinch said that he whacked the computer with a 9mm Hi-Point pistol recently purchased from a Craigslist seller. The gun was seized by police, who left the computer behind.

It being Colorado, one does wonder if there was any recreational-substance involvement.

But a quick search of YouTube turned up even better entertainment: videos of computers being used as targets for, er, sport shooting.

(I prefer blue steel myself.)

And something a little different.

Cruz père: Obama admin. ‘has cursed Israel more than any other admin. in history’
Next Post
Scooby van clocked going 92 mph on way to … dinner