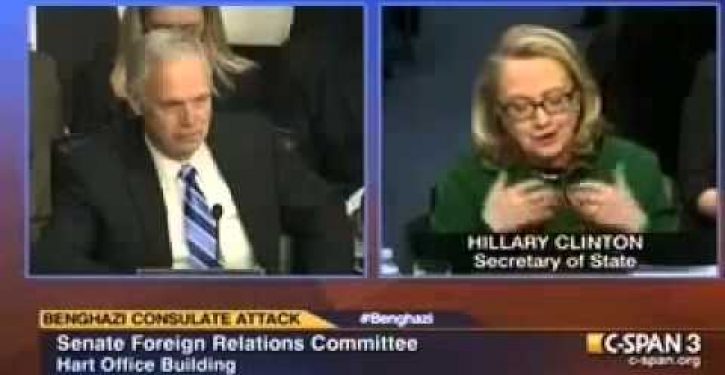 As Hillary Clinton famously said, “What difference at this point does it make?”

The difference is that half of Americans believe the other half are insane if they vote the Clintons back into the White House.

The sane voters know that Hillary Clinton is not trustworthy and represents all that is wrong with Washington. We know that she carries more baggage than an airport luggage carousel.

Hillary is a 20th-century politician, and as of yesterday her lame new 21st-century video message is, “I’m hitting the road to earn your vote because it’s your time, and I hope you’ll join me on this journey.” (Perhaps instead she should run for president of Greyhound?)

Even our Democratic friends cannot name a single real accomplishment by Hillary Clinton. We all know that if she were a man, she would be long past her political expiration date.

But despite all that (topped off by her botched announcement), here are five reasons why Hillary Clinton is likely to be elected the 45th president of the United States.

Any one of these five factors gives her a huge advantage over whoever the Republican nominee may be, and, taken together, they make her victory almost inevitable (barring some major campaign catastrophe).

Hillary’s official announcement video was devoid of a clear campaign message — but does she really need one other than, “It’s time for a woman president”?

Running as a historic candidate will be her default position — with her mantra being that “It’s time,” rather than that it’s her time. And she will downplay, of course, the fact that her last attempt was hijacked by the first African-American nominee.

Writing as a Republican baby-boomer woman, I cannot emphasize enough how emotionally rewarding it would be for Democratic and Independent baby-boomer women to elect the first female president. Older women feel this way too — my 89-year-old mother in her nursing home recently spoke these exact words: “It’s time for a woman president.” And those raised on girl power — women aged 50 and younger, who twice helped elect President Obama — are the most rah-rah for “It’s time.”

For the record, in 2012 53% of all voters were women. In that election, President Obama won this group by an 11-point margin — 55% to 44% — over GOP nominee Mitt Romney. Hillary is banking on surpassing those numbers just by having her name on the ballot.

Therefore, any Republican pundit or pollster who downplays the true meaning and potential of Hillary’s historic candidacy is being untruthful, or has his head in the sand.

The Electoral College Is the GOP’s Worst Enemy

Our constitutionally mandated Electoral College has evolved to a point where it is slanted in favor of the Democratic party’s nominee. If Hillary is indeed the 2016 Democratic nominee, all she has to do to win the necessary 270 electoral votes is sustain the historic equation outlined in my piece titled “Breaking the Blue Barrier.” That equation is: 1992 + 1988 + Florida = a Democrat in the White House.

Thus, if Hillary follows the Electoral College precedent that has held since 1992 and also wins Florida, with its 29 electoral votes (or any combination of states yielding 28 votes), Bill Clinton would be elected First Dude. (Mothers, hide your daughters!)

Florida, need I remind you, was won by Obama, though by small margins, in both 2008 and 2012, ensuring that in 2016 Mrs. Clinton will become a de facto resident of the Sunshine State.

There has been much talk about Hillary either winning or losing Obama’s “third term.” My theory is that she will find a way to take only what she needs and jettison the rest. And what she needs is Obama’s winning voter coalition of women, African-Americans, Hispanics, Asians, voters aged 18 to 44, voters with incomes under $50,000, and those belonging to a union. It is no coincidence that Hillary’s high command is stacked with seasoned veterans from Obama’s two campaigns who are adept at delivering these voter groups.

Additionally, the CEO of Hillary 2016 is John Podesta, who was President Bill Clinton’s chief of staff, and who was “counselor to the president” in Obama’s White House until he stepped down in February. Podesta, known as one of Washington’s fiercest political operators, was also the mastermind behind Obama’s excessive use of executive orders.

Now, Republicans, get ready for some astounding news: President Obama’s current job approval rating stands at 45.3%, with a 50.3% disapproval rating, according to Real Clear Politics. These are highly respectable approval numbers for a seventh presidential year, which explains the following paragraph from yesterday’s New York Times: “Mrs. Clinton and her team have decided that, on balance, the risk of lining up near Mr. Obama’s record is worth taking. Rather than run from Mr. Obama, she intends to turn to him as one of her campaign’s most important allies and advocates — second only, perhaps, to her husband, the other president whose record will hover over her bid.”

This brings us to Hillary’s advantage number four:

Revolting as that sounds to Republican ears, here is a Washington Post headline from March 13: “Bill Clinton is incredibly popular. How much will that help Hillary’s 2016 campaign?”

The piece reported: “Bill Clinton is almost certainly the most popular person in American politics. A new NBC-Wall Street Journal poll showed that 56 percent of people have a positive view of the former president while just 26 percent hold a negative one.”

The article continues, referring to Bill Clinton: “‘The campaigner in chief is always more an asset than anything,’ said Jef Pollock, a New York–based Democratic pollster. ‘He’s good for money, he’s good for strategy, and he’s good for turnout. That’s the holy trinity of good campaigning.’”

Therefore, Hillary will have the unusual advantage of running for both Bill Clinton’s and Barack Obama’s “third term.” Watch her switch back and forth between the achievements (real or imagined) of the former and current presidents whenever it makes good political sense. In turn, the 42nd and 44th presidents will each campaign and fundraise for Hillary in places and to groups where they are most popular. You can just hear each of them say, “A vote for Hillary is a vote for me,” and the crowd will go wild.

Republicans and the General-Election Curse

In five out of the past six presidential elections, starting with 1992, Republicans have lost the popular vote. The key for a 2016 GOP victory will be to nominate a candidate who can attract a winning coalition of voter groups beyond those won by Mitt Romney in 2012.

Here are the groups won by Romney over Obama:

The trouble is that older, whiter, richer male college graduates — the kind of voters who show up for midterm elections and vote Republican — are overwhelmed by the sheer number of female, younger, poorer, less educated, and less white voters who tend to flood the polls in presidential-election years. And, as I mentioned earlier, Clinton will target these same voter groups as she tries to assemble the coalition that gave Obama his two victories.

Finally, anything can happen, and much will, between now and November 8, 2016. However, these five factors will likely form the foundation of Hillary Clinton’s victory (even though many of her voters will be holding their noses).

In addition, many low-information voters will pull the Clinton lever because they have been led to believe that a Republican alternative is far more dangerous than letting Bill and Hill back in the White House.

Now, friends, please don’t shoot the messenger. Just tell me why I am wrong. 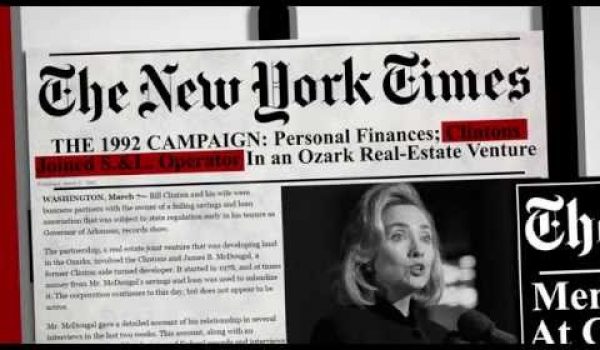