This case makes an especially good basis for comparison, because it involves the same agency and the same issue that resulted in an earlier ruling against a Denver bakery that declined to make a cake for a same-sex wedding.

Let’s backtrack for just a moment.

In 2014, the Civil Rights Division of the Colorado Attorney General’s Office ruled that Masterpiece Cake Shop was guilty of prohibited discrimination against a couple that asked to have a cake made to celebrate their same-sex ceremony.  (The ceremony itself had taken place in Massachusetts, as same-sex weddings were not recognized in Colorado.)  Baker Jack Phillips cited his religious objections to same-sex marriage as the basis for his decision not to make the cake.

Phillips, a devout Christian who owns the Masterpiece Cakeshop in the Denver suburb of Lakewood, said the decision violates his First Amendment rights to free speech and free exercise of his religion. “I will stand by my convictions until somebody shuts me down,” he told reporters after the ruling.

As noted by numerous outlets at the time, Mr. Phillips had also told the gay couple he would make them any other kind of cake they wanted.  He didn’t care that they were gay; he just didn’t want to make a particular kind of cake.

But not only was he found to be in violation of Colorado civil rights law — he was ordered by the CCRD to undergo reeducation training and file quarterly compliance reports with the CCRD.

Now comes news, from just before Easter, that another Colorado bakery that refused to make a cake was upheld by the same Civil Rights Division.

The Azucar Bakery, also of Denver, refused the request from a customer in March 2014 to make cakes proclaiming messages from the Bible:

The dispute began March 13, 2014 when [William] Jack went to the bakery at 1886 S. Broadway and requested two cakes shaped like bibles. He asked that one cake have the image of two groomsmen holding hands in front of a cross with a red “X” over them. He asked that the cake be decorated with the biblical verses, “God hates sin. Psalm 45:7” and “Homosexuality is a detestable sin. Leviticus 18:2”, according to the Civil Rights Divisions’ decision.

On the second bible-shaped cake, Jack also requested the image of the two groomsmen with the red “X”. He wanted it decorated with the words “God loves sinners” and “While we were yet sinners Christ died for us. Romans 5:8.”

The owner of the bakery didn’t want to make the cakes.

Marjorie Silva, the owner of the bakery, told Jack that she would make him the bible-shaped cakes, but would not decorate them with the biblical verses and the image of the groomsmen that he requested. Instead, she offered to provide him with icing and a pastry bag so he could write or draw whatever messages he wished on the cakes.

By the criteria of the CCRD, this was rank discrimination.  Ms. Silva should have been compelled to make the cakes requested, regardless of how she felt about them.  A business doesn’t get to pick and choose which messages or sentiments it will convey on its products; if it does so, it has discriminated against a customer and violated civil rights law.  That’s the ruling of the CCRD.

But the Azucar Bakery was determined by the CCRD to have been within its rights.  Mr. Jack did not have a right to compulsory service from the bakery.

He is therefore, clearly, not equal before the law to a customer requesting a same-sex wedding cake.

I note that the customer requesting a same-sex wedding cake could be anyone.  It could be the straight cousin of one of the parties to the same-sex union.  It could be a straight friend.  Or a gay one.  The principle at work is about the content of the request to the baker.

For all we know, William Jack himself is gay.  He was turned down by the Azucar Bakery, in the CCRD’s view, because of what he wanted on his cakes, not because of his sexual orientation, his religion, or any other personal characteristic.

And in reality — so were the two men who tried to order a same-sex ceremony cake from Masterpiece Cake Shop.

There are clearly some very foolish people making decisions in the Colorado CRD.  But I don’t despair of eventually seeing this discrepancy meet the cold light of reason.  What reaching that goal will require is someone pursuing a case like one of these two past the state “CRDs,” and getting more rigorous judicial rulings on them. That, of course, is no guarantee of sanity either.  But the odds are better that at least someone in the appeals chain will consider a case from the standpoint of law, and not of personal emotion. 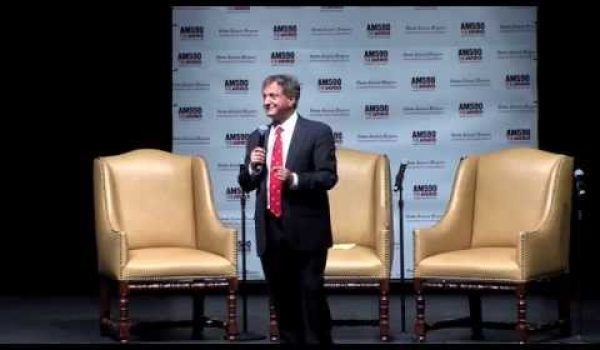