While many liberal commentators are complaining that the Speaker John Boehner-led trip to the Middle East is simply a politically divisive trip to Israel, the Republican delegation is meeting with many U.S. allies in the area. On Monday staffers of the congressional delegation met with Egypt and learned about that nation’s frustration with the Barack Obama’s reluctance to support their war against terror, which seems to have been changed a bit with yesterday’s announcement about allowing sales of jet fighters to Egypt.

Also on Monday, a congressional delegation met with the new Defense Minister of Saudi Arabia Prince Mohammed bin Salman, who happens to be the son of the new king. The prince gave the Congress members a strong warning: Do not trust Iran!

Representative Vern Buchanan issued a press release about the meeting:

U.S. Rep. Vern Buchanan, R-FL, part of a congressional delegation in the Middle East this week, questioned the new Saudi defense minister Monday about nuclear talks between Iran and the U.S.

“He said Iran can’t be trusted,” Buchanan said after meeting in the Saudi capital of Riyadh for more than an hour with Prince Mohammed bin Salman, the defense minister and son of the King of Saudi Arabia. “He questioned why we would be negotiating with the Iranians when they are responsible for growing tension in the Middle East.” [Emphasis added]

“I asked the Prince what he thought about the discussions between the U.S. and Iran, and he responded that he doesn’t think the United States is taking the threat posed by Iran seriously,” Buchanan said. “He said the Saudis would also like more military assistance from the U.S. to combat Iran’s growing influence in the region.”

Buchanan also noted that in their conversation, Prince Salman expressed deep concern about the close partnership between Iran and Russia.

After the death of Saudi Arabia’s King Abdullah earlier this year, the throne was passed to King Salman who then appointed his 34-year-old son Mohammed to the dual role of defense minister and chief 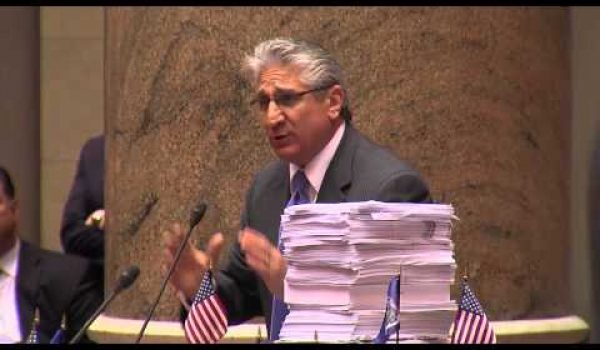