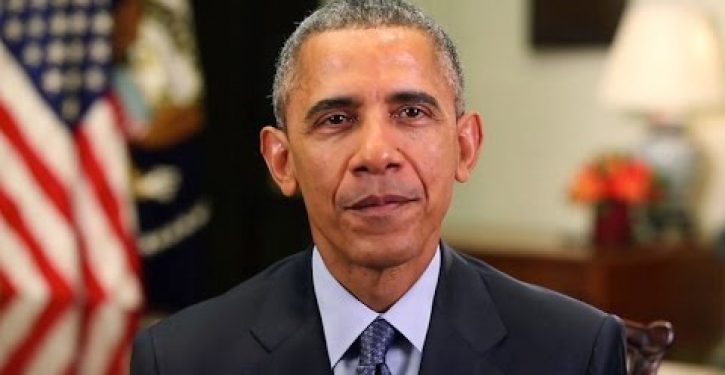 On Thursday, Barack Obama delivered his annual Nowruz message to the people of Iran. The name of the holiday, which marks the first day of spring (the vernal equinox) and the beginning of the year in the Persian calendar, means “new day.” Fittingly, the president spoke of new beginnings, referring optimistically to his administration’s ongoing negotiations with Tehran over its nuclear ambitions. The talks, being brokered on the U.S. side by Secretary of State John Kerry, end on March 31, deal or no deal.

But the president’s remarks accentuated the positive. In a a video made available at the White House website, he said:

As you gather around the Nowruz table … you’re giving thanks for your blessings and looking ahead to the future. This year we have the best opportunity in decades to pursue a different future between our countries. [Emphasis added]

Some citizens of Iran who heard this claim must have been struck by the irony of the highlighted phrase. Some of them doubtless would argue that a better opportunity presented itself in the spring of 2009, when popular protests, precipitated by the reelection of petty tyrant Mahmoud Ahmadinejad, brought the nation to the cusp of a potentially bright future indeed. The Obama administration’s response to this Persian Awakening was to do nothing. Even worse, a senior official in the Obama State Department insisted the Green party didn’t want America’s help:

Most leaders in the Green movement made clear they did not desire financial or other support from the United States. As an organic movement, it was concerned that taking outside support would discredit it in the eyes of the Iranian people. We respect that and do not provide financial assistance to any political movement, party or faction in Iran.

But a memo to the White House obtained in 2012 by the Washington Examiner tell a very different story:

The memo warns that Iran “with its apocalyptic constitution will never give up the atomic bomb, nor will it give up its terror network, because it needs these instruments to maintain its power and enhance its own economic and financial wealth.”

But give Obama credit. Whether his deal with the mullahtocracy bears fruit or not, he is making good on another campaign promise — his pledge to “sit down for talks with anybody.”

Terrorists – including Iran – win: U.S. retreats in defeat from Yemen
Next Post
Tweet of the Day: Biden fan club urges Joe to run for president in 2016