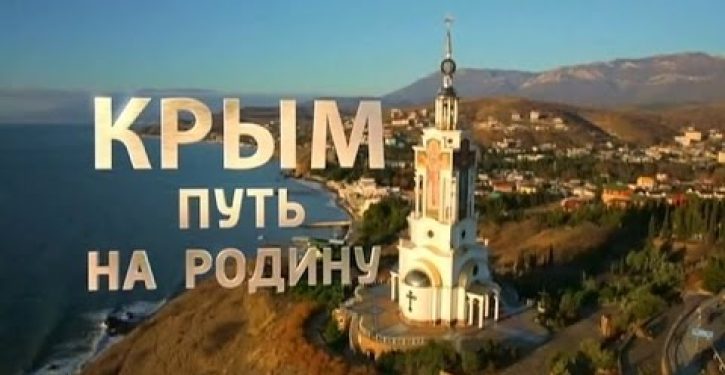 Making the cutoff, in putting together the interrelated events in this pulsating geopolitical dynamic, is actually the hard part these days.

There’s no a shortage of incidents.  Just this week, as military exercises marched on in Russia and Northern Europe, NATO air patrol aircraft intercepted Russian war planes which were operating over the Baltic – with their identification (IFF) transponders turned off, and without filing flight information with foreign air controllers.

Both of these informational failures are breaks with the safety conventions of international flight.  They are equally serious, but it can be argued that turning off an IFF transponder – particularly in a flight of 11 Russian military jets – denotes a special level of reckless provocation.  (Interestingly, it also evokes a high-Soviet-era posture, in which the Russians often expected America and the West to track and identify their forces accurately, even without the conventional displays of good faith, and to not overreact, while the Russians behaved with as little responsibility as they pleased.)

Russia is also deploying Iskander short-range ballistic missiles (NATO designation SS-26/Stone) to Kaliningrad, the Russian port city enclave in the Baltic, as part of the current Russian military exercise.  This deployment appears to beef up a missile presence that is more than a year old, and was acknowledged by Moscow in December 2014.

Making a point of the deployment now, as an announced part of the military exercise, seems to indicate that Russia has passed a threshold of determination.  Putin sees no reason now to leave doubt as to whether something this portentous is happening.  He’s going full-bore.

The missile is capable of carrying a nuclear warhead, and its deployment directly violates the 1987 INF Treaty.  It also puts all three of the Baltic Republics, along with Poland and slivers of Germany, Sweden, and Ukraine, in the missile’s 310 statute mile (500 km) threat ring.  (Sweden and Ukraine are not in NATO.)

Russia is establishing two things: a method of holding Poland and the Baltic Republics at risk, and a bargaining chip against NATO.

Russia has, moreover, announced the “snap deployment” of Tu-22M Backfire bombers to Crimea as part of the multi-theater exercise.  Backfires are theater assets, operated by the navy, with a shorter range than Tu-95 Bears or Tu-160 Blackjacks, the strategic bombers of the Russian inventory.  But Backfires are capable of carrying nuclear weapons.

The Russians indicated last fall that Putin had authorized the armed forces to station Backfires (as well as Iskander missile batteries) in Crimea.

The announcement of the snap deployment was made at the one-year mark after the Russian undercover invasion of Crimea, and the separatist referendum by which the residents of Crimea purportedly declared their preference being annexed by Russia.  Vladimir Putin took this occasion to announce that Russia would never give Crimea up.  He also mentioned that Russia was prepared for a nuclear confrontation with the West during the process of annexing Ukraine.  (For those who speak Russian, you can view here the Russian TV “documentary,” aired 10 days ago, in which Putin made his much-reported recent statements about Russia’s involvement in the break-up of Ukraine.  I haven’t seen this reproduced anywhere with English subtitles.)

The deployment of Backfires will resume the Cold War posture of the former Soviet Union, which kept Backfires in Crimea.  Indeed, we can assume that Russia will restore the Russian navy presence at the whole range of Crimean bases (e.g., the main naval base at Sevastopol) to its full Cold War complement and more.  There is no reason to doubt that Russia will follow through on its promise to deploy Iskander missiles in Crimea.

Basically, Putin’s gloves are coming off.  In light of these developments, we should not imagine that other, related developments carry only hazy portents for the distant future.

One of them is the signing yesterday (Wednesday, 18 March) of an agreement between Russia and South Ossetia – still formally a “break-away province” of Georgia – to integrate South Ossetia into Russia.  This integration is to include the full absorption of South Ossetian military forces.

Russia has already signed such an agreement with the other break-away province, Abkhazia.  But South Ossetia, as noted in the article, pokes down into the territory of Georgia, and creates a perpetual danger for the Georgian capital of Tbilisi: being cut off from the Black Sea – and, indeed, from most of Georgian territory.  The United States, according to the article, is most displeased.

In late February, Russia also concluded an agreement with Cyprus to use Cypriot ports for the Russian navy.  In one sense, this agreement merely formalizes something that was already happening.  The analysis in this blog post is typical, positing that Moscow is both making a point to NATO – i.e., that Russia can drive a wedge in its EU membership (Cyprus is in the EU but not NATO) – and providing for a logistical alternative to the Russian navy’s longstanding access to Syria.

But let’s look at a map once again, because naval access to Cyprus gives Russia more than an alternative to Syria.  Russia has no intention of relinquishing her posture in Syria, regardless of how imperiled it becomes.  By gaining guaranteed basing access to Cyprus, Russia accomplishes three things:

1.  Giving herself an offshore redoubt from which to project power into Syria.

2.  Solidifying her flanking presence on the other side of Turkey – always desirable because Turkey controls the Bosporus.

3.  Potentially controlling an integrated maritime power position – the Syrian coastline and Cyprus – that affects the entire Eastern Mediterranean: an insight that for centuries has driven Greece and other Western maritime nations.  Britain has held onto basing rights in Cyprus for decades because of the island’s importance for controlling the regional seas.

Cyprus is the key to the Levant, which the Greeks’ ancestors recognized more than 3,000 years ago.  Today, Cyprus can be the key to the Suez Canal, depending on how the island is used.  In either case, Cyprus commands the coastline to the east, and with a little more Russian fraternal involvement, will give Moscow a card to play in most, if not all, Levantine disputes.

As these and similar developments pile up, we may note a grab-bag of others that contribute to characterizing the time we find ourselves in.  Consider, for example, the odd fact that a prominent leader of the Japanese opposition, Yukio Hatoyama – the man known as “Japan’s Obama” during his brief stint as prime minister a few years ago – visited Crimea this month to “see for himself” whether the locals had really wanted to join Russia.

The government of Shinzo Abe decried this as a “thoughtless step,” but apparently didn’t work very hard to prevent it.  Japan remains aligned in principle with the great majority of the nations, which disapprove the Russian move as irresponsible and prejudicial to peace.  But it is a significant break with Japan’s low profile on regional power developments abroad, for a leading politician to sally forth with the explicit appearance of having an unconventional, and politically freighted, opinion.  It’s been nearly 80 years since Japan acted in this manner.

Consider also the report from a week ago that during the recent Bear bomber flights around Guam in the Western Pacific, the Bears were refueled by Russian tanker aircraft operating out of the airfield at Cam Ranh Bay in Vietnam.

In theory, the U.S. and Russia have separately negotiated the opportunity for impartial access to Cam Ranh Bay.  That cannot, of course, be the case in reality.  The U.S. has reportedly issued a demarche to Vietnam on this subject, although it’s not clear that it’s a formal demarche.  It’s also not clear that Vietnam, if forced to choose, would choose for American demands.

Finally, consider the approaches of Russia and the U.S. to developing clients for satellite intelligence sharing.  With South Africa, for example, Russia has contracted to cooperate secretly on an imagery surveillance system that provides synoptic coverage of all of Africa.  Russia is no doubt in the driver’s seat for this enterprise, having the lion’s share of expertise and technological advantages.  But what clearly emerges from the story is that Moscow is using this project pragmatically as an inducement for Pretoria to cooperate on a broader scale.  South Africa is no doubt getting what she’s paying for.

The U.S., by contrast, is approaching intelligence sharing with Ukraine on a weirdly triangulating and useless basis.  The two situations are not exact parallels – the U.S. support to Ukraine doesn’t involve a joint satellite project – but the difference is still informative.  Here is how the Wall Street Journal describes what the Ukrainians get from us:

The White House agreed last year to Ukraine’s request to provide the photos and other intelligence. But before delivering them, U.S. officials black out military staging areas on Russian territory and reduce the resolution so that enemy formations can’t be clearly made out, making them less useful to Ukrainian military commanders.

Those steps, which delay the delivery of the images by at least 24 hours, are designed to keep the U.S. out of the so-called kill chain—military jargon for the stages of lethal operations—because of concerns that furnishing actionable intelligence to the Ukrainians could trigger a more aggressive Russian military response.

Well, sure.  Things are going so much better at this point because the Russians don’t have this esoteric reason to think we’re giving our client in Kiev actionable intelligence.

No one, outside of a few residual demographic groups on Russia’s perimeter, wants to be ruled by Russia.  But the day is coming when at least some nations will see Russia as a more useful ally than the Americans or Europeans.  We’ve gone idiot.

Why did ESPN’s Stephen A. Smith urge all blacks to vote Republican? (Audio)
Next Post
College student barred from class for daring to dispute rape statistics