Should estate inheritances be treated the same as welfare under the law? Democratic Rep. Linda Sanchez thinks do. She offered a baffling defense of the death tax Wednesday during a hearing examining the sometimes unbearable burden it places on family farms and businesses.

People receiving food stamps have to pass drug tests or meet work requirements to receive taxpayer dollars, Sanchez reasoned, so it’s only fair that those “lucky” enough to inherit wealth should have to do something to earn it or, in this case, pay a tax.

“What work requirements are there to inherit up to $10 million tax free?” she asked a witness, rhetorically before proceeding to ask:

Why is that [a single mother] should be drug tested, which is an unrelated requirement to receive food assistance, to make sure that her family has enough to eat. And people who are lucky enough to inherit millions of dollars are literally required to do nothing to get the federal tax benefit with their inheritance?

Sanchez acknowledged that Americans should value hard work, but bemoaned the “paradox” that occurs when they want to work hard so they can accumulate wealth to live off of in retirement and pass on to their children.

“We don’t believe in an aristocracy, or that it’s a good societal thing for dynasties to hoard their wealth and leave the rest to fight over the crumbs,” she said. “That’s just not how this country was founded.” She continued:

But we have a paradox here in this country, where we think you should work hard to get where you are … but by the same token, everyone wants to make enough money to where they can retire and not have to work. And they want to preserve increasingly larger and larger chunks of their wealth.

Sanchez made the remarks after hearing a witness describe the heartbreak her family is going through watching her father try to find a way to pass his business along to his children without breaking it up in order to pay the death tax.

“Our whole lives we watched my dad work,” Illco, Inc. CFO Karen Madonia said. “You know, 10 to 12 hours a day … he did all of it. And we watched him struggle through all that, and to watch him figure out how he can pass it onto us and let us make our mark on it without having to dismantle part of it is really just heartbreaking.”

The government currently taxes inheritance at a rate of up to 40%.

I understand the desire to keep things running in a family business. I get that. I get the hardships you guys encounter. But let’s not throw the entire baby out with the bathwater and say we’re going to eliminate the estate tax altogether.

“The Death Tax is still the No. 1 reason family-owned farms and businesses in America aren’t passed down to the next generation,” Brady said in a statement announcing the bill. “It’s the wrong tax at the wrong time and hurts the wrong people.”

Obama floats ‘transformative’ idea of making it mandatory to vote in the U.S.
Next Post
Record: Obama administration the least transparent since FOIA passed in 1966 (Video) 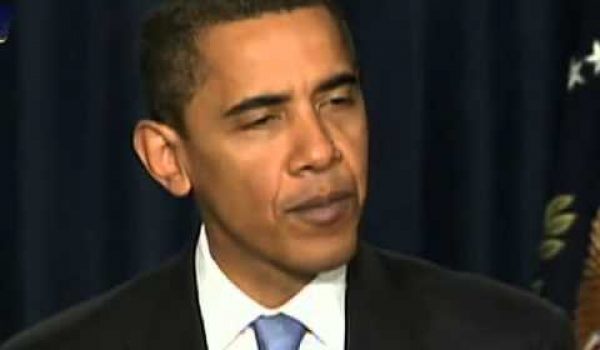