Remember the cretinous middle schoolers who in 2012 released a video of themselves taunting and at times threatening a 68-year-old female bus monitor? The video, which went viral, included the suggestion from one of the darlings that the woman, who appeared terrified, “shut the f**k up,” while another told her, “If I stabbed you in the stomach, my knife would go through you like butter because it’s all f**king water.”

The three perpetrators behind the attack were suspended from school for a year, assigned 50 hours of community service working with senior citizens, and required to participate in a formal program in bullying prevention.

So did they learn their lesson? Good one! According to Rochester, N.Y., ABC affiliate WHEC, at least one of the monsters behind the original video, how in high school, was back behind the camera for a return engagement. This time, the target of their perverse sport was a special needs student who was placed “in a compromising position” in a school bathroom.

One student saw the video, which the “pranksters” had again placed on social media, and contacted school officials.

Police and the school district aren’t saying much about exactly what was on the video; only that it involves a minor, and they are trying to determine if a crime took place. Students say it has been all kids are talking about.

Students say the video of the minor was taken on an app called Snapchat, which plays a video for about 10 seconds and deletes it off the phone.

We are told a call went out to parents Thursday afternoon making them away [sic] of the investigation. A letter went out the Athena staff as well, asking them to stay off social media, and try to limit students from talking about the incident.

Along with the police investigation, the school is conducting an internal investigation. We do not know the status of the students involved in the taping of this, but we will continue to push for more answers from police and the district.

Jesse Jackson: Still exploiting the spirit of Selma after all these years (Video)
Next Post
On ‘Jimmy Kimmel’ show, Obama demonstrates his skill at mob manipulation (Video) 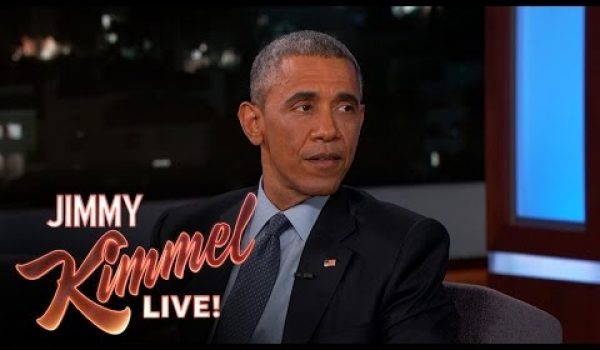