Remember the “We, the People” petition page at whitehouse.gov? It was added to the website of the most transparent administration in the history of the universe in 2012, supposedly to give the American people a “voice in government.” (God forbid this administration would accept a vote in a midterm election as the “voice” of the people, but that’s another matter.)

The rules governing these petitions initially specified that any petition that received 25,000 signatures would get the attention of the president. That threshold was quadrupled in January 2013 when the number of petitions received — or more likely the number that advocated policies that ran counter to the president’s worldview — became unwieldy.

But I digress. The latest petition to reach and in fact double the requisite number of signatures for presidential action calls upon the government to bring charges against the 47 GOP senators who signed the “Cotton letter,” which informed Tehran that any deal reached with the administration on Iran’s nuclear ambitions would need to be signed off on by Congress.

The petition (which is here) accuses the senators of committing treason by having violated the Logan Act, an eighteenth-century law that forbids unauthorized citizens from negotiating with foreign governments. “Violation of the Logan Act,” the petition goes on to note, “is a felony, punishable under federal law with imprisonment of up to three years.”

The only problem with the petition is that its organizers seem not to understand the spirit or letter of the law, which arose out of actions taken by a private citizen, George Logan, who attempted to negotiate with France behind the back of the John Adams administration. Steve Vladick, a law professor and associate dean at American University Washington College of Law, weighed in on the law at his blog, Lawfare, suggesting three legal impediments to the argument of the petitioners.

First, he notes, the State Department told Congress in 1975 that “nothing in section 953 [of the Act] would appear to restrict members of the Congress from engaging in discussions with foreign officials in pursuance of their legislative duties under the Constitution.” He adds, “That doesn’t mean Members would have immunity under the Constitution’s Speech and Debate Clause; it just means the statute would arguably not apply in the first place.”

Second, the Logan Act was written more than “a century before the rise of modern First (and Fifth) Amendment doctrine with regard to protections for speech and against prosecutions for unclear misconduct.”

Third is the legal doctrine of desuetude, which posits that statutes — and especially criminal ones — may lapse if they are never enforced. The Logan Act, Vladick tells us, has never been successfully used and hasn’t even been invoked since 1803.

The whole discussion of a branch of government exceeding its constitutional limits is amusing, if not downright ironic, in light of an administration that has repeatedly run roughshod over the Constitution in its exercise of executive privilege. It could be argued that the 47 senators who signed the Cotton letter were impelled to do so out of fear that the administration might attempt to circumvent Congress once again.

In any case, Secretary of State John Kerry told the Senate Foreign Relations Committee yesterday that “we’ve been clear from the beginning we’re not negotiating a legally binding plan.” That hasn’t been clear at all, but if it’s true, one might ask what the point of the negotiations are in the first place. 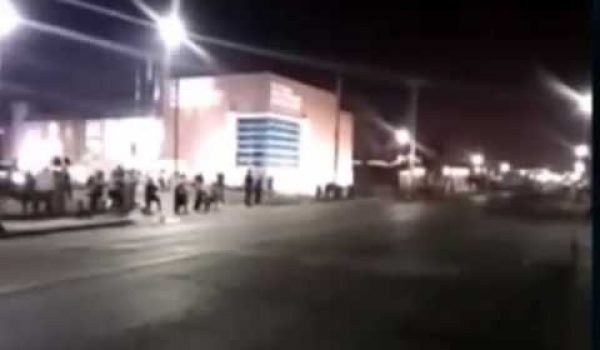