New travel sanctions released by the European Union on Friday point to a shady middleman who reportedly helped the Islamic State terror group share oil and gas profits with its sworn enemy in Syria, the government of Bashar Assad.

In August, the group captured the town of Tabqa, which includes a gas plant run by an energy company called HESCO. The plant, along with many other oil and gas facilities in eastern Syria, is widely thought to now be exclusively run by the terrorists.

Diplomats have told several British newspapers that HESCO’s owner, a Syrian named George Haswani, brokered a deal by which Assad and IS would split revenues from facilities held by the extremists. As The Telegraph puts it, “the regime is believed to have funded the jihadists by purchasing oil” for use in the territory that it controls.

But the latest reports also indicate that the agreement includes employees of the terrorists and the regime — working side-by-side in HESCO’s plant. The Financial Times describes the arrangement as “a clandestine relationship that sustains the jihadis with significant income.”

In a statement, British foreign secretary Philip Hammond said the latest sanctions indicate “that Assad’s ‘war’ on ISIL is a sham and that he supports them financially.”

Haswani, the businessman targeted with the sanctions, denied the accusations and threatened to sue the EU  Sunday, pointing instead to “intermediaries … smuggling oil to Turkey on Islamic State’s behalf.”

Despite their apparent deadly rivalry, Assad and IS arguably enjoy the two most well-developed infrastructures in Syria.

A new book on the group by national security journalist Michael Weiss and middle east analyst Hassan Hassan quotes former State Department official Frederic Hof as saying that “their top tactical priority in Syria is identical: destroy the Syrian nationalist opposition to the Assad regime” — the “moderate rebels” who have become notably scarce in recent years.

But at least one expert, Syria scholar Joshua Landis, maintains that “no conclusive evidence exists illustrating an active ISIS-regime collaboration.”

The jihadi group’s propaganda habitually calls Assad a secular “tyrant” who obstructs their goal of establishing a theocratic Sunni Islamic caliphate in all of Syria.

For his part, Assad’s public statements constantly allude to the threat posed to his country by terrorists. In a recent interview with Agence France-Presse, he asked: “When a terrorist attacks you with weapons, how do you defend yourself and your people, with dialogue?”

If the EU is to be trusted, Assad’s tactics against the Islamic State include not only dialogue, but business deals.

Cartoon of the Day: A river runs through it
Next Post
Hillary Clinton to break her silence on Emailgate *UPDATE: Nothing to see here (Video)* 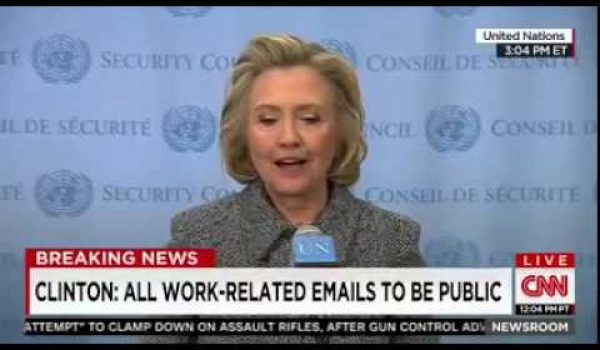