A non-profit veterans’ organization, Concerned Veterans for America (CV4A), has just released a ground-breaking proposal recommending major steps for VA reform, but some are unsure of whether it really constitutes a solution.

The proposal calls for the formation of non-profit corporation named the Veterans Accountable Care Organization that would inspect, and even close, VA facilities. It additionally calls for veterans to be able to receive health care from either the VA or, if they prefer, the private sector.

The 100-page proposal, titled “Fixing Veterans Health Care,” starts off with a claim few find objectionable: The VA is a malfunctioning system barely chugging along, and if something isn’t done soon, its long-term viability and ability to provide healthcare and benefits for veterans is under serious question.

Where the controversy lies, however, is in exactly what reform is supposed to look like.

According to Dan Caldwell, legislative and political director at CV4A:

Unlike VA Secretary [Robert] McDonald’s MyVA reform plan and other reforms plans floated by supporters of the VA, our plan would not create a new bureaucracy within the Department of Veterans Affairs. What we are proposing to do is to make the current VA integrated health care system a nonprofit government-chartered corporation – not create an entirely separate health care entity separate from the existing VA integrated health care as some are asserting.

But that’s not the only part of the plan. CV4A wants to make sure that veterans can access private sector healthcare without having to rely on the VA to approve each and every medical service, which is one of the reasons why participation rates in the new Veteran Choice Card program are so low. Veterans are often unsure of whether they’ll ever receive reimbursement from the VA.

Although VA Secretary McDonald has promised to run the VA like a business, he issued a statement discouraging the proposed reform because it would intrude on the VA’s sacred mission.

“Unfortunately, many of today’s proposals advocate ‘contracting out’ a sacred mission to care for those who have borne the battle,” McDonald said, adding:

There is an important role for outside care in the veteran health model to supplement VA’s own care, but that role should not diminish or obscure the importance of VA’s health care system. Reforming VA health care cannot be achieved by dismantling it and preventing veterans from receiving the specialized care and services that can only be provided by VA.

And accusation of “contracting out” is what spooked Paralyzed Veterans of America. In a press release, the organization argued that “privatizing health care for veterans will create a cottage industry for ambulance chasers who will be the only available option for veterans with medical malpractices cases.”

For Caldwell, the knee-jerk reaction to privatization isn’t helpful, and it’s blown out of proportion, especially because the report was authored by both Republicans and Democrats. Said Caldwell:

The fact is that the VA in its current form has failed to provide timely and quality medical care to hundreds of thousands of veterans – despite massive budget increases and the addition of over a 100,000 staffers in the last decade. The private sector health care system, while by no means perfect, has shown a better ability than the current VA medical system to adapt to shifts in demand, changes in medical science, and new demographic trends.

But that didn’t stop independent Sen. Bernie Sanders from jumping on the naysayer bandwagon. Sanders accused C4VA of being a pawn of the Koch brothers, as the organization is backed by Charles and David Koch. Sanders also accused CV4A of wanting to dismember the VA. According to Sanders, while it is true that the VA has some issues, on the whole, it’s a “pretty good, cost-effective system.”

But CV4A wasn’t at all impressed with Sanders’ attempts at seizing the moral high ground of VA reform.

“Sanders has no credibility in regards to reforming the VA,” Caldwell said, adding:

He has been apologist for the status quo at the VA — a status quo that has led to the deaths of dozens, if not hundreds of veterans as result of misconduct and inefficiency — and his only solution has been to dump tens of billions of more dollars into the VA without address its deep and systemic problems. 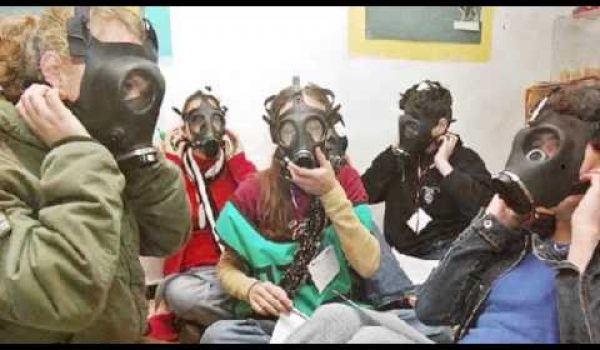