No sooner had Republicans taken the oath of office this January, after winning enough seats last November to take control of both the Senate and the House, than the elitist leadership of the Party began to act as if they are not on the record pledging to make major changes to the direction set by Barack Obama and the Democrats six years ago. Polls show that a clear majority of voters want some major changes in course. But the Republican leadership, particularly in the Senate, appears to have already forgotten their promises — with the exception of the Keystone Pipeline. In short the GOP leadership seems ready to renege.

In addition to Keystone, House Republicans were gleefully waiting on the brink of some major victories now that Republicans control the Senate, in spite of the fact that they did not win enough seats to override an Obama veto without the help of a handful of Democrats. So far Democrats have been reluctant to cross party lines and join with Republicans to get things done.

And the new Senate Majority Leader, Mitch McConnell (R-Ky.), seemed reluctant to move on several items upon which the grassroots demand action, such as stopping Obama’s illegal actions on amnesty, the government takeover of the Internet at the prompting of Obama and the Democrats, the dismantling of Obamacare, and the renewed attack on the gun rights of citizens at a time when the country faces grave danger from head-chopping barbarians who have already told us they plan to occupy New York City and topple the U.S. government in Washington in an attempt to turn the West into a radicalized Muslim caliphate.

These barbarians have already shown the world on television and video how far they are willing to go to achieve their goals. The radicalized, militant Muslims seem to consider Jews and Christians to be particularly troublesome. Churches and synagogues are desecrated and destroyed. Christians and Jews are routinely beheaded and burned alive in cages.

The best intel gathered by U.S. national security specialists warn that if these deadly radicals are not already here, they are within weeks or months of lying in wait on our own soil ready to strike. Yet Obama, Democrats, and certain government agencies want the citizens disarmed in the face of such danger.

The Republican leadership has gone incredibly wobbly on these and other issues. McConnell said nothing at all today about amnesty, the government takeover of the Internet, the renewed Obama/Democrat attack on gun rights, and a host of other hot item issues.

But it is worth mentioning, however, that U.S. Sen. Lindsey Graham, R-S.C., joined with two other Republicans — Jeff Flake and John Thune — in voting in favor of Obama’s nominee for attorney general. Those inside the government report that she is worse than Eric Holder. 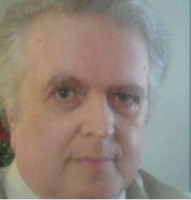 Anthony Martin has written for several newspapers in South Carolina and is a columnist for the Examiner.