Hanen pointed out in his opinion that Obama himself had provided the justification, when he referred publicly to having “changed the law” by means of his executive actions.  Obama’s words made it clear that an unconstitutional approach was what he intended.  The judge’s injunction seemed like a slam-dunk; certainly a vindication for constitutionalists.

But there’s a problem here.  It’s the problem captured in the (probably apocryphal) quote attributed to Andrew Jackson, after the Supreme Court under Chief Justice John Marshall ruled on Worcester v. Georgia in 1832.  President Jackson is supposed to have said, “John Marshall has made his decision; now let him enforce it.”

Obama certainly could say that about Hanen.  NRO’s Ryan Lovelace reported on Friday that he probably did say that, or at least the equivalent in the circumstances of 2015.

According to sources in the Customs and Border Protection agency (CBP), nothing has changed in their guidance, after Judge Hanen’s injunction.  They’ve been operating under the relaxed enforcement guidelines laid out via departmental memo after Obama’s amnesty announcement in November – and they’re going to continue doing so.

In an email sent to CBP agents on Wednesday and later obtained by NRO, [CBP Commissioner Gil] Kerlikowske…expressed the belief that the judge’s decision has no impact on the border enforcement and protection directives issued at the same time as Obama’s executive actions by Homeland Security Secretary Jeh Johnson, and that those directives remain in force.

Lovelace’s next point highlights the reality that the guidelines provided for CBP have a much broader effect than legitimate “prosecutorial discretion” has.  “Prosecutorial discretion” isn’t intended to systematically discourage whole categories of policing.  Yet that’s what Obama’s amnesty guidelines do.  And that’s where the impact of his policies makes the difference.

Lovelace quotes from the guidelines:

[P]rosecutorial discretion should apply not only to the decision to issue, serve, file, or cancel a Notice to Appear, but also to a broad range of other discretionary enforcement decisions, including deciding: whom to stop, question, and arrest; whom to detain or release; whether to settle, dismiss, appeal, or join in a motion on a case; and whether to grant deferred action, parole, or a stay of removal instead of pursuing removal in a case.

Lovelace then emphasizes Kerlikowske’s view that the injunction from Hanen will change nothing about these guidelines.

Kerlikowske appears to believe that the relaxed protection and enforcement standards are unaffected by the judge’s injunction.

“The Court, however, did not enjoin the Secretary’s overall prioritization of DHS enforcement resources or the existing 2012 DACA policy,” he writes in the email. “Officers and agents should continue to process individuals consistent with the enforcement priorities announced by the Secretary in his memorandum of November 20, 2014, entitled [sic] Policies for the Apprehension, Detention and Removal of Undocumented Immigrants.”

I’m sure if we got Andrew McCarthy and John Yoo together with some of the other top legally-minded bloggers in the rightosphere (such as LU’s own Hans Bader, for example), we’d find that there are important points of jurisprudence here that we haven’t even thought of.

But there’s an overriding operational – pragmatic – point at work, which is that Judge Hanen’s injunction isn’t going to change anything, regardless of all the points of law being raised in court proceedings.  Under the president’s orders, CBP will simply continue turning a fatally blind eye to the influx of illegals.

As the deadline for a DHS funding showdown nears, this reality has to be kept front and center.  Judge Hanen’s injunction is gratifying, but it won’t make a material difference to the outcome on the ground.  As Senator Jeff Sessions has already pointed out, the courts can’t save our bacon on this one. 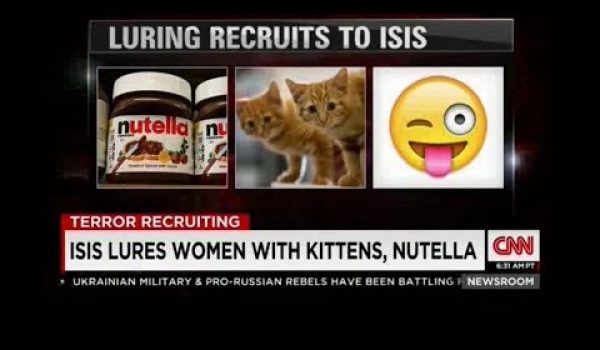