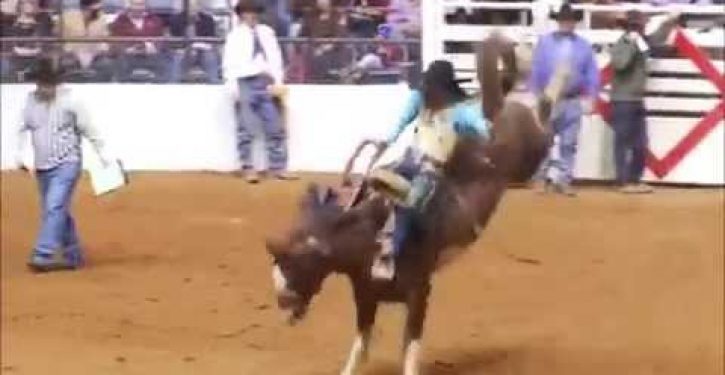 First, let’s clarify that the sharia tribunal judge, Imam Mujahed Bakhach, did not deliver an invocation for the Fort Worth Stock Show, the multi-week event that occurs at the Fort Worth Stockyards in conjunction with the associated PRCA rodeo.  The Stock Show wants people to be very clear on that.

On Wednesday [28 January], the Stock Show posted: “We would like to take this opportunity to separate fact from fiction: There was never a Muslim prayer — or a prayer of any specific religion at the Stock Show.”

The Fort Worth Stock Show has long had a Christian tone, from the evangelical-like comments of announcer Bob Tallman to the growing popularity of Cowboy Church, held Sunday mornings in Will Rogers Auditorium.

Bakhach, who speaks regularly at events across Tarrant County, said there was “a beautiful spirit” Sunday night in Will Rogers Coliseum.

So please don’t say there was a Muslim invocation at the Stock Show.  The invocation by the imam was at a rodeo event in Will Rogers Coliseum on Sunday evening, 25 January.  According to the daily schedule for the Fort Worth Stock Show and Rodeo (which advertises all its events from a combined website), events from the World’s Original Indoor Rodeo were scheduled starting at 7:30 PM (CST) in the Will Rogers Coliseum on that date.  That’s what Imam Bakhach delivered the invocation for.

Interestingly, however, it does appear to have been the Stock Show that decided to expand the invocation list to members of other faiths:

Prayers have always opened the rodeo performances. This year a new community committee took on the responsibility of choosing who offers the moment of thanks.

“Creating the faith-based advisory council is something we’ve been considering for a number of years to honor the diverse community in which we live,” Barnes said.

There doesn’t seem to be much online about the new faith-based advisory council, but the Fort Worth Star-Telegram has additional information:

The Faith-Based Advisory Committee includes representatives from the Christian, Jewish and Muslim communities.

Committee members are responsible for providing a brief prayer of about one minute for each of the performances. They offer prayer themselves, and invite others they know to participate. The prayers include suggested nondenominational themes such as praying for the safety of rodeo contestants, visitors and livestock; protection of U.S. Armed Forces; and preservation of peace and harmony.

Imam Mujahed Bakhach is apparently on the faith-based advisory committee.  He is the imam of the Islamic Association of Tarrant County, which contains Fort Worth and Dallas (cached view of website here; the live website appears to be hammered at this writing), and has long been a fixture in the Fort Worth area, serving on a number of local councils.  His biographical information indicates he got his B.A. and masters degrees at Al-Azhar University in Cairo (widely known as the academic progenitor of almost all the leading clerics of the Muslim Brotherhood, as well as the premier seat of sharia jurisprudence for the Muslim world), and taught at the Islamic College of Tripoli, Lebanon before coming to Fort Worth in about 1990.

But the other interesting detail about Mujahed Bakhach is that he’s a member of the Islamic Tribunal of Texas, which functions as a sharia court.  As a judge on that tribunal, he decides “business disputes, divorce (Talaq) cases, community problems, serious family problems, and Khula.”  (Khula is a practice by which the wife initiates a divorce proceeding, and the husband can agree to be compensated for allowing her to divorce him amicably.)

This detail clarifies Imam Bakhach’s perspective that Muslims in America need not assimilate in the most politically significant way there is: by agreeing to live by the same laws as everyone else.

There is precedent for religious groups making similar (if not identical) choices, of course.  Orthodox Jews maintain rabbinical courts, and groups like the Amish are excused from participating in things like military service and the Social Security program.

But there is a qualitative difference between the Orthodox Jews who use rabbinical courts, and the Islam of Imam Bakhach.  For Jews overall, as well as for Christians – and for Buddhists and Hindus, in fact – the basic, “Mark-1/Mod-0” proposition is one of assimilated participation in citizenship and community life.  This basic proposition for members of the faith is formal as well as enshrined in usage.  Acknowledging the force of secular law, on the majority-American basis, and not on a caveated, specialized basis, is one of the core features of this assimilated participation.

(If you care to look into it, you also find that Christian and Jewish philosophers have written extensively on why accepting secular law is consonant with their faith.)

As the local news coverage indicates, there were plenty of objections to the imam’s invocation on 25 January.  People registered their concern in the usual ways: some polite, some definitely not polite.  Brad Barnes and Imam Bakhach ultimately decided that Bakhach would not deliver a second invocation scheduled for today (2 February), due to the controversy.

The situation is tailor-made for tut-tutting.  But it does bear asking why exactly this was done.  From Barnes’s account, it seems clear that the Stock Show Syndicate, which sets up committees like the faith-based advisory committee, was acting on a “good idea” that came not from its customer base or its long-time participants – the rodeo circuit and other organizations that are overwhelmingly Christian – but from community activists.

There is little hope of bridging the gap between the people who think it’s a very good thing to look for pockets of American traditionalism – e.g., Christian cowboys, stockmen, rodeo fans – to bring an artificially defined “diversity” to, and the people who don’t.  It’s one thing in the NFL or the NBA, where there are Muslim players.  It’s not clear what the “hook” is for inserting a Muslim cleric into a rodeo event, other than an agenda that can only be political in origin.

We’ll be seeing more of this kind of thing in the coming days.  In the meantime, I think just about everyone can find something to be offended about – or chuckle over, depending on perspective – in this curmudgeonly and unintentionally hilarious video.

Video: Netanyahu campaign ad for the ‘Bibi-sitter’
Next Post
Tweet of the Day: Advice for Pete Carroll from beyond the grave 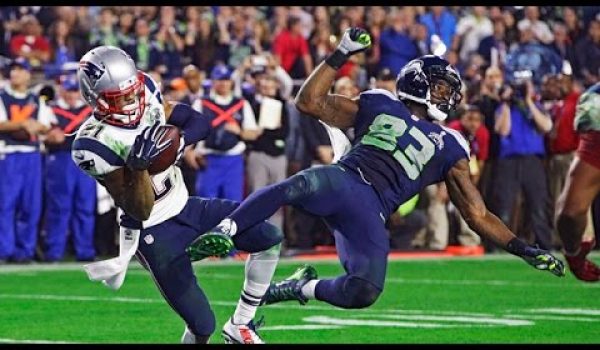