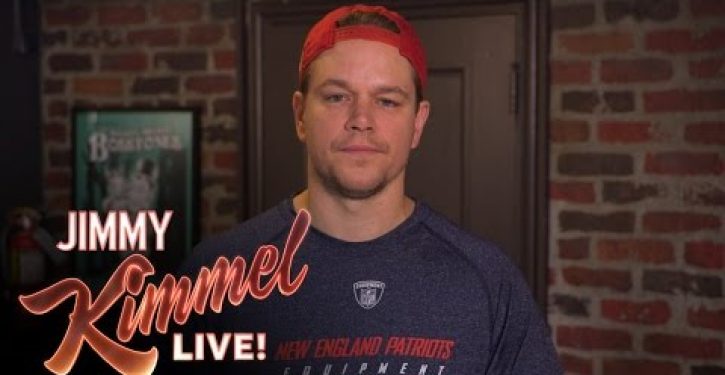 The fat lady’s primping for her big aria.

We note, starting today’s update, that the Romans had serious issues with their cardinal numbering system.  Crazy, dudes.  (Or, as the Romans would have said, insanus, socii combibentēs!)

XLIX does sound sort of like a rocking video game, however.  And we’ve been reliably informed that next year, the Super Bowl will simply be called “50.”  A lone “L” out there flapping in the breeze would be a bit strange.

(We also note, for those who follow things like Jubilee Years, that 49 is, well, 49.  Now that’s some weird stuff, right?  But enough with the signs and portents.  They’re useful to our purposes here only if they help predict who will win tomorrow.)

Speaking of which, let’s survey the chicken entrails.  The Patriots, it appears, will still have at least 90 seconds for a ball boy to duck into a bathroom.  The NFL will have custody of the footballs until three hours prior to kickoff, as part of an elaborate plan:

Normally, 12 balls per team are brought to the officials’ locker room before a game, where they are tested and marked by the referee. This week, each team gets 54 footballs — many are given to charity after brief game usage — and all of them will be taken into custody by the NFL on Friday after the Seahawks and Patriots have prepared them.

The footballs will be inspected by [Super Bowl referee Bill] Vinovich three hours before kickoff, and Blandino said there will be “added security because of the environment we are in for this game.”

“It will not quite be like (protecting) the Stanley Cup,* but there will be added security,” he said.

Bears head equipment manager Tony Medlin will be charged with guarding the footballs from Friday until he brings them to the stadium for Vinovich to inspect.

Just before kickoff, the footballs will be given to ball boys working the game. The host team for the Super Bowl, in this case the Cardinals, supplies the ball boys, along with one from each of the participating teams.

So there will be one Patriot ball boy in the mix.  He will presumably be the most heavily supervised ball boy in NFL history.

The media have been trying to get something started about the Seahawks and their rep as the most-penalized team in the NFL for banned-substance use.  But it’s not sticking.  Even things like Marshawn Lynch and his “so I won’t get fined” refrain are coming off as sort of raggedly endearing (I know, Marshawn Lynch, right?  Go figure).  Never try to out-thug the Patriots.

Neither team seems, at least, to be trying to out-injure the other.  The Patriots have one significant “questionable,” starting center Bryan Stork, with a knee injury.  He’d be a real loss.  Other than that, they’re all probable (with the vulnerability focus on the D line), and mostly active in Friday’s practice.  The center-QB axis could be vulnerable due to Stork’s status and Tom Brady’s ankle problems, and potential limits to mobility.

The Seahawks saw strong safety Kam Chancellor hurt his knee on Friday.  But reports are that he’ll probably make the game tomorrow.  The other probables, with previous significant injuries, include free safety Richard Sherman and corner Earl Thomas, so you can see the pattern developing here, Legion-of-Boom-wise.  We’re told they “practiced without limitation” on Friday.

The Seahawk defensive line, meanwhile, is apparently as healthy and raring to go as Judah Ben-Hur’s racing team.  (Which, as we saw in the NFC championship game, is no guarantee of anything.)

From where I sit, you go after Brady.  (He’s coming off a cold, too, BTW.)  And for the Patriots on D, one-note ball – shutting down Lynch – would be a high-payoff approach, as opposed to an overly narrow one.  That’s where the previous-injury/probable status of Dont’a Hightower, Chris Jones, and Sealver Siliga comes into play.

Which is partly why the oddsquad line has narrowed to a 1-point give by New England as of this writing.  In the meantime, the update on Marshawn Lynch’s shoes – alert readers will remember he didn’t wear his 24K gold-painted cleats in the Packers game – is that the same designer has something more Seahawk-y in store for Sunday.  Nordstrom shoe designer Marcus Rivero (aka “SolesbySir”) will also be designing specialty cleats for some of the Patriots.

Lynch did arrive in Arizona on the 25th wearing gold shoes, however.

Regrettably, if unsurprisingly, we’re having trouble finding signs of such flash and dash from the Patriots.  (No one has ever been caught calling Belichick “Hollywood Bill.”)  Honorable mention does go to Hollywood, however, where some well-known Patriot fans assembled an “I am the locker-room guy” confession video copping to the Great Football Squirt of 2015.

We hear that the Seattle ferries will all be renamed tomorrow, with the names of Seahawk players.  So there’s that slice of life as well.  In Boston, the police plan to impose road restrictions and extra security patrols in anticipation of hijinks from excitable fans.  I swear I’m just taking these stories as they pop up.  We report, you interpret.

Then there’s Phoenix, where it’s all going down tomorrow at 4:30 PM Mountain (6:30 EST).  We are gratified to note, as an aside, that the Waste Management Phoenix Open continued on schedule yesterday in spite of the winter rains, which dogged the practice fields for the Patriots and Seahawks as well.  The Wall Street Journal was trying to drum up some buzz for the popular local excursion of climbing Camelback, but honestly, we’re betting the rain drove a lot of Super Bowl tourists away from that one.

It is worth mentioning that the Super Bowl has turned into a massive Uber convention.  Phoenix being Phoenix, we know there’s way more going on there than any one news site can cover.  Like measles, of course, because that’s just the sort of time we live in.  But as anyone who’s had to drive through Phoenix on I-10 would agree, Phoenix undoubtedly be like, “Super Bowl?  Whatever.”

* The Stanley Cup visited the international airport nearest to me (Ontario International in San Bernardino County, California) on Friday (30 Jan).  How often do you have a hook for adding that straight-from-life detail to a football post?