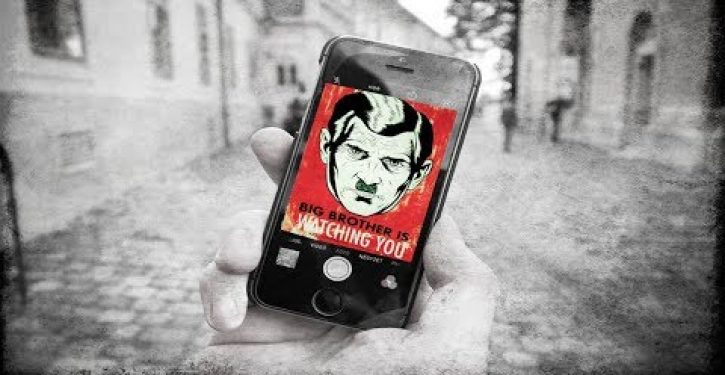 During his trip to India, President Obama declared America’s commitment to “help design smart cities” and “bullet trains” in the country.

The main selling point for “smart cities” is that they are “sustainable,” a vague but applauded term often used to signify combating what this author strongly believes is a non-existent problem: man-made climate change.

During a speech at the Siri Fort Auditorium in India, Obama declared to Prime Minister Narendra Modi:

We are ready to join you in building new infrastructure…roads and airports, the ports and bullet trains to propel India into the future. We are ready to help design smart cities…

President Obama announced that taxpayers will foot the bill for $4 billion dollars in “investments and loans” as reported at Reuters.

Obama’s visit was discussed on Twitter under the hashtag #ObamaInIndia.

#ObamaInIndia: India wants to build better infrastructure, airports & smart cities, we want to be the 1st in line to help be a part of this

Smart cities are a part of the United Nations Agenda 21 plan, and are defined in “fuzzy” ways, as acknowledged at Wikipedia, which highlights several vague definitions. Some of the major common threads are “smart governance,” “smart technology,” “smart mobility,” and, of course, “sustainability.”

Although rarely discussed, it seems that the ongoing “open data” initiative is heavily intertwined with the concept of “smart cities” (see here, here, here, here and here). “Open Data” is a benign-sounding initiative dedicated to “transparency” in data, but it falls under the “Open Societies” concept of global governance promoted by billionaire George Soros.  He “proposes that the open societies of the world should form an alliance for the dual purpose of fostering the development of open society within individual countries, and to lay the groundwork for a global open society by strengthening international institutions and rules of behaviour,” according to an Amazon description for his book Open Society: Reforming Global Capitalism.

Under President Obama, OpenData.gov was born.

The Economic Times in India laid out the involvement of the U.S. Taxpayers in India’s smart cities,

…the United States Trade and Development Agency (USTDA) signed Memorandums of Understandings (MoUs) with Uttar Pradesh, Rajasthan and Andhra Pradesh for cooperation to support the development of three smart cities. The cities are Allahabad, Ajmer and Visakhapatnam. Under the MoUs, the USTDA will contribute funds for feasibility studies and pilot projects, study tours, workshops or trainings and other projects that would be determined mutually.

The Times of India reported:

As per the agreements, USTDA will collaborate with other US government agencies like the Department of Commerce, the US Export Import Bank and other trade and economic agencies to promote greater US-India infrastructure development cooperation and to support development of smart cities. USTDA will enable US industry bodies to mobilize private sector expertise and resources to address important aviation and energy related infrastructure connected to developing smart cities.

The USTDA twitter feed promoted the initiative and posted a press release on the effort:

“As we deliver more energy/electricity, let’s do it with clean, renewable energy” – President Obama at India’s Republic Day @WhiteHouse

In the above tweet with the embedded video, President Obama further discusses the American “investment” into India’s “smart cities.” It should be noted that through the USTDA, taxpayers fund similar initiatives around the world.

Part of the award to India will involve financing small business loans.

Trevor Loudon, author of Barack Obama and the Enemies Within, and his latest jaw-dropping book, The Enemies Within: Communists, Socialists and Progressives in the U.S. Congress, told the author that he believes the ultimate goal of Agenda 21 (smart cities) is to move the populations of the world into small urban areas. A population confined to “concentrated areas,” Loudon explained, would make citizens much more manageable. In his view, it is a part of an age-old battle between the “collective versus the individual,” a concept that can be illustrated in ideologies as far back as Plato and Aristotle, who both advocated for what they believed was “the superior role of the collective and the relatively inferior position of the individual.”

It should be noted that while the term “Agenda 21” has been progressively scrubbed from America’s newsrooms as it became marginalized in American public debate, the plan lives on throughout the country in “sustainable” city planning initiatives.

An interesting discussion of smart cities can be found here from an Alternative Media source, TRUTHstreammedia:

Are Americans happy about their tax dollars going toward such a venture? Does Congress even have a say anymore?

Christian vets group heads to Iraq to train Kurds; counsel families, victims of ISIS
Next Post
FLOTUS gets this one right: Goes without a head covering in Saudi visit