This one is as rich as it gets.  Last week, the Obama White House explained its refusal to meet with Benjamin Netanyahu when he’s here to address Congress in March as a way of “not interfering” in the upcoming Israeli election:

The president, the White House said, was not boycotting the prime minister because he had set up the Congressional address behind the White House’s back, but because “as a matter of long-standing practice and principle, we do not see heads of state or candidates in close proximity to their elections, so as to avoid the appearance of influencing a democratic election in a foreign country.”

Jeremy Bird, long-time political operative for Obama (his 2012 and 2008 national field director, for starters), is going to Israel to spearhead V-2015, an anti-Netanyahu campaign effort being mounted for the March 2015 national election.  (See here and here as well.  Bird is consulting now for Hillary Clinton, incidentally).

Bird, alert readers will remember, was the founder of the Battleground Texas campaign that sought to “turn Texas blue” in 2014.  His political consulting firm 270 Strategies works on Democratic campaigns across the country, fostering a “data-driven” approach to voter outreach that has won plaudits from political careerists but sometimes run afoul of the law.  (In February 2014, video obtained by James O’Keefe’s Project Veritas showed Battleground Texas workers apparently collecting personal information on Texas voters in violation of state law.)

So Israelis should be on their guard.  Meanwhile, Bird’s foray into Israeli politics is reportedly being bankrolled by OneVoice, a purportedly non-partisan program run by the PeaceWorks Foundation, which was formed in the 1990s by American entrepreneur Daniel Lubetzky.  Those who wish to donate to OneVoice are directed to a page with instructions on sending funds to PeaceWorks, a registered 501(c)(3).

OneVoice is an international grassroots movement that amplifies the voice of mainstream Israelis and Palestinians, empowering them to propel their elected representatives toward the two-state solution.

Interestingly, when OneVoice was formed in 2003, its inaugural board of advisors included Gary Gladstein, long-time Chief Operations Officer of Soros Fund Management.  Gladstein is still listed as a member of the honorary board.  The 2003 announcement of OneVoice’s formation included this statement (emphasis added):

Note: Participation in the Honorary Board of Advisors does not reflect approval or disapproval of any particular issue or position; it reflects support of OneVoice, its methodology, and its critical objectives. The PeaceWorks Foundation and OneVoice provide a neutral platform and do not take any political positions.

OneVoice’s current management team includes two veterans of the Obama and Hillary Clinton campaign organizations (along with other Democratic campaigns).  One is Deputy Director Joshua Nerpel:

In addition to his non-profit experience, Josh has served in a part time capacity as an Advance Associate for the White House, coordinating event logistics for President Barack Obama and Vice President Joe Biden. In 2007- 2008, Josh served on the National Advance teams for the Presidential Campaigns of Hillary Clinton and Barack Obama where he managed teams throughout the US, coordinating travel and large-scale earned media event logistics for President Obama, Vice President Biden, Secretary Clinton and President Clinton. Josh began his career on the re-election campaign of Senator Joe Lieberman of Connecticut, during which he served as Special Assistant to Lieberman and subsequently the Director of Advance. As a senior member of the campaign staff, Josh managed all events, rallies and visual communications for the campaign.

Mara recently served as a political appointee in the Obama Administration, where she served as the Deputy Director of Public Affairs at the U.S. Department of Commerce’s International Trade Administration. Mara also served as the Deputy Chief of Staff and Communications Director for Congresswoman Doris Matsui (D-CA) for three years. A campaign veteran, Mara worked as the New Hampshire Deputy Coordinated Campaign Director in 2008 helping to elect Barack Obama as president and Jeanne Shaheen to the U.S. Senate (D-NH); as the Nevada Caucus Director, New Mexico State Director, and Indiana Get Out The Vote (GOTV) Director on Hillary Clinton’s 2007-2008 presidential primary campaign; as a field organizer on John Kerry’s 2003-2004 presidential campaign, and on several U.S. Senate, gubernatorial and local races.

It would be downright silly to assume that the c.v.’s of these OneVoice staffers have nothing to do with OneVoice’s hiring of one of Obama’s highest-profile political operatives to campaign against Netanyahu in Israel.

One of Lubetzky’s PeaceWorks Holdings subsidiaries is the maker of Kind snack bars, which many readers will be familiar with.  Lubetzky is also behind the women’s apparel label Maiyet, and niche snack-food labels like Moshe & Ali, and Meditalia.

The U.S. State Department and the European Commission are listed as official “partners” of OneVoice.  In the case of the State Department, this does raise questions about the propriety of the connection, if OneVoice is bringing over a highly partisan Obama political operative to run what will presumably be billed as a “grassroots” campaign against Netanyahu.

The propriety of using funds from a 501(c)(3) to wage a partisan Israeli political campaign also seems to be an ethics questions.  I’m still researching what U.S. law has to say about that.

Still, the standout piece of chutzpah here is the White House’s protestation that neutrality regarding the Israeli election is its chief concern.  Times of Israel and Daniel Greenfield both point out that the White House’s narrative about not meeting with foreign officials just before their elections is full of holes anyway: Bill Clinton did just that in 1996, when he brought Shimon Peres over for an agreement-signing and photo op during Peres’s run against Netanyahu.  But, as always with Team Obama, it turns out to be even worse than that.

*UPDATE* On Thursday (29 January), Senator Ted Cruz and Representative Lee Zeldin (R-NY) sent a joint letter to John Kerry demanding answers on — among other things — the State Department’s involvement with OneVoice (which has provided taxpayer-funded grants to the program in the past), and the implications of OneVoice’s 501(c)(3) funding from PeaceWorks for its participation in partisan electoral politics in Israel.  The text of the letter is here.  The questions forwarded by Cruz and Zeldin are copied below:

1. How much funding has the U.S. Government provided to OneVoice, PeaceWorks Network Foundation, and any connected initiatives, projects or subsidiaries?

2. Who approved providing such funds?

3. What is the oversight and accounting process for how these funds are being spent?

4. How often and on what dates has such funding been provided?

5. What were the specific reasons and terms for providing funds, and how are these funds specifically being spent?

6. Can the Department of State guarantee that none of these funds have been or will be used in the endeavor detailed above, namely the partnership with V15, or any similar effort to exert undue influence over the Israeli political process?

7. Was there any knowledge from the State Department or other U.S. government officials of the partnership with V15 prior to providing funds to OneVoice?

8. Does OneVoice’s work with V15 violate its 501(c)(3) status (or the status of the PeaceWorks Network Foundation) as a tax-exempt organization and should such status be revoked? 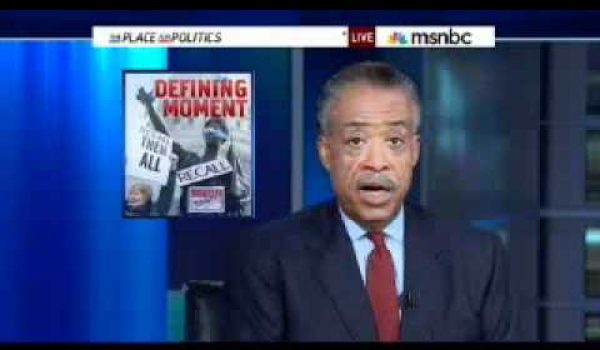