What parent can’t sympathize? We’ve all been there. You and the wife (or husband) need a few odds and ends for the house — you know, some tools and automotive accessories. So you drive over to the local Walmart with the kiddies strapped securely into the backseat and head inside to do your shoplifting. But when you’re caught red-handed and turned over to the gendarmes, you forget — silly goose that you are! — to tell them the kids are in the car in the parking lot.

Which is where the three children — ages 2, 5, and 7 — spent the next seven hours, alone and afraid, while they’re mother and her boyfriend (and father of the youngest) were down at the station house being booked and escorted to a holding cell.

The Smoking Gun provides the particulars:

According to investigators, Tosheba Hope, 30, and Gerald Moultrie, 24, drove last night to a Walmart in Lauderdale Lakes. They were accompanied by Hope’s three children….

Around 7 PM, Hope and Moultrie … were detained after they allegedly sought to walk out of the retailer with $660 worth of [goods]… The couple was subsequently arrested by Broward Sheriff’s Office deputies and charged with grand theft, a felony.

Luckily, a Walmart employee spotted the children and called 911. But that point, the store had closed and the parking lot was largely deserted. By the time deputies intercepted the minors, it was around 2 a.m. — way past their bedtime. The kids were turned them over to child welfare officials, who reported that they were distressed but unharmed.

Besides the felony theft rap, the couple is also expected to face multiple charges of child neglect. According to court records, Moultrie’s rap sheet includes prior arrests for marijuana possession and driving without a license.

At least the story has a happy ending: During a court appearance Tuesday, Hope told a judge that she is “probably pregnant” with her fourth child. 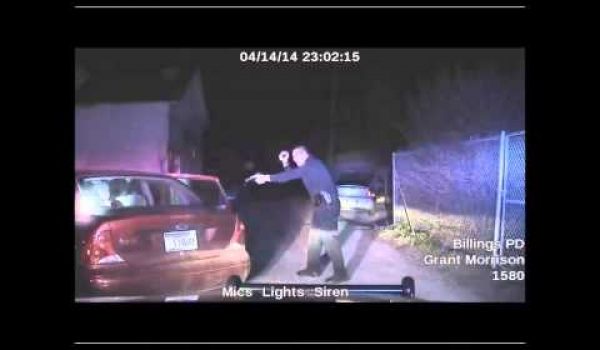