An Afghan refugee to Australia found guilty last year of child molestation has been cleared of all charges, according to Front Page Magazine. Sex offender Ali Jaffari was convicted of kidnapping and attempted kidnapping of a four-year-old girl.

Most recent brush with the law Down Under …

Magistrate Ron Saines claimed he would have trouble finding the Afghanistan native guilty of the kidnapping charges due to “cultural differences.” Saines also declared that the prosecution’s seemingly open-and-shut case against Jaffari “fell short of criminality.”

Police Sergeant Brooke Shears testified that Jaffari was loitering last January at an West Geelong cricket park where an unidentified 4-year-old girl was visiting with her father and brother. As the father concentrated on practice with his son, Jaffari approached the little girl and “grabbed the child’s hand and began to lead her away before she looked up, saw it wasn’t her father, started crying and pulled her hand away.”

The police sergeant also went on to state:

The victim’s father turned, saw what was happening and yelled at Jaffari, ‘What do you think you’re doing?’

The victim ran crying to her father and he comforted her while Jaffari walked off around the oval.

Upon being apprehended by local police, Jaffari informed the police of his cultural outlook on children, explaining that “for us is not an issue.”

Jaffari was found guilty last August for the indecent assault on one young boy and attempted indecent assault on a second. He never saw the inside of an Australian prison, however, instead being sentenced to a “two-year Community Corrections Order with 300 hours unpaid community work.”

As previously covered by Examiner.com, the U.S. Army floated a draft of a training manual for troops shipping out for the Afghanistan Theater of Operations, which effectively admitted that pedophilia was one of the “cultural norms” troops must be mindful of when dealing with locals:

Many of the confrontations occur because of [coalition] ignorance of, or lack of empathy for, Muslim and/or Afghan cultural norms, resulting in a violent reaction from the [Afghan security force] member.”

Listed among the “taboo” subjects of conversation are: 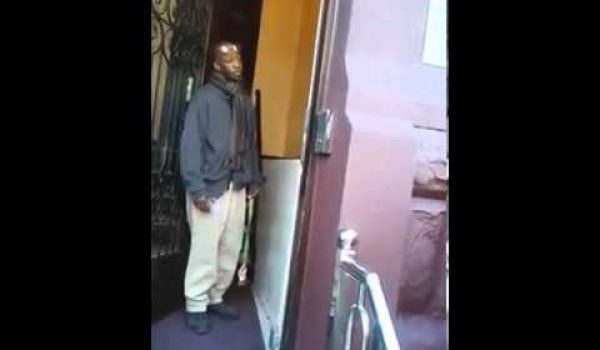 Lesbian asks black church with provocative sign to stone her
Next Post
Cartoon of the Day: Walk a mile