The director of the LBJ Presidential Library is giving the critically acclaimed motion picture “Selma” a big thumbs down for its portrayal of former President Lyndon B. Johnson as an obstructionist to the civil rights movement of the 1960s.

Given Johnson’s well-documented and numerous racist remarks, as well as his motivations for supporting civil rights legislation, one has to wonder why he would even want to make this an issue.

LBJ Library Director Mark Updegrove was disappointed that “Selma” depicts the former president as being the main stumbling block preventing blacks from achieving civil liberties on a par with whites, according to the Associated Press, via ABC News.

“Selma” is an historical drama based on the 1965 Selma to Montgomery voting rights marches led by James Bevel, Hosea Williams, and Dr. Martin Luther King, Jr. It’s been nominated for four Golden Globe awards, including best dramatic film and best director, and is expected to receive multiple Oscar nominations.

As for Updegrove’s complaint, the AP reported:

He [Updegrove] said Johnson and King had disagreements but not like the film suggests. Updegrove called the portrayal unfortunate given the current climate following the deaths of unarmed black men at the hands of police.

“When racial tension is so high, it does no good to suggest that the president of the U.S. himself stood in the way of progress a half-century ago. It flies in the face of history,” Updegrove told the AP.

Even MSNBC, the Democratic Party’s most enthusiastic cheerleader, made that acknowledgement and reported:

In Senate cloakrooms and staff meetings, Johnson was practically a connoisseur of the word. According to Johnson biographer Robert Caro, Johnson would calibrate his pronunciations by region, using “nigra” with some southern legislators and “negra” with others. Discussing civil rights legislation with men like Mississippi Democrat James Eastland, who committed most of his life to defending white supremacy, he’d simply call it “the nigger bill.”

If LBJ’s language was the most accurate indicator of his beliefs toward blacks, why would he support any bill purporting to expand their liberties in 1957 — or any year for that matter?

Historian and economist Bruce Bartlett, in his book Wrong on Race: The Democratic Party’s Buried Past, provides some insight by quoting then-Sen. Johnson:

“These Negroes, they’re getting pretty uppity these days and that’s a problem for us since they’ve got something now they never had before, the political pull to back up their uppityness. Now we’ve got to do something about this, we’ve got to give them a little something, just enough to quiet them down, not enough to make a difference. For if we don’t move at all, then their allies will line up against us and there’ll be no way of stopping them, we’ll lose the filibuster and there’ll be no way of putting a brake on all sorts of wild legislation. It’ll be Reconstruction all over again.”

Nothing changed for him when he entered the White House.

Journalist Ronald Kessler noted then President Johnson’s reasoning for supporting the Civil Rights Act of 1964 and the Voting Rights Act of 1965 in his book, Inside the White House: The Hidden Lives of the Modern Presidents and the Secrets of the World’s Most Powerful Institution.

Johnson, like other presidents, would often reveal the motivations in asides that the press never picked up. During one trip, Johnson was discussing his proposed civil rights bill with two governors. Explaining why it was so important to him, he said it was simple: “I’ll have them n****rs voting Democratic for two hundred years.”

Sometimes it’s better to let sleeping dogs lie rather than raise a ruckus, lest they turn around and bite you on the backside. For Updegrove, this is probably one of those instances. 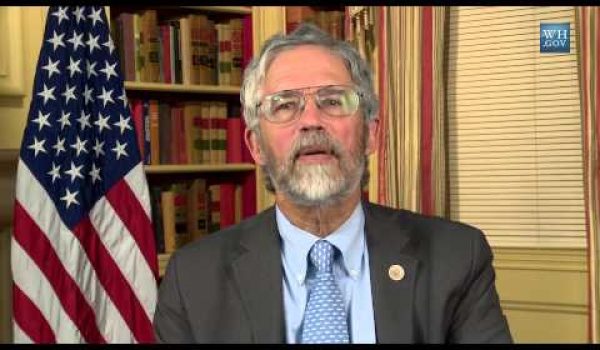