If you’re like me, you saw the report this week that GDP grew by an astounding 5% in the third quarter of 2014, and your mental reaction was a less-clinical version of “bull feces!”

According to the reports, it’s consumer spending that has caused this explosive surge:

Bolstered by robust spending among consumers and businesses alike, economic output rose at an annual rate of 5 percent during the summer months, the Commerce Department said Tuesday, a sharp revision from its earlier estimate of 3.9 percent. The advance followed a second quarter where growth reached a rate of 4.6 percent after a decline last winter that was exacerbated by particularly harsh weather.

That narrative fits nicely with the persistent theme of the “progressive” left that consumption – not investment – drives the economy.  Whenever an economy is drooping, the problem is that there’s not enough spending going on.

But there’s a separate problem with the numbers coming out of the Department of Commerce, and it’s that they are heavily manipulated.  The tale of manipulation has two key aspects.

One is that a super-majority – more than two-thirds – of the supposed “consumer spending increase” in the second and third quarters of 2014 was spending on Obamacare.

There’s a technical term for a person who passes this development off as a change in consumer confidence, or a sign of a genuinely improving economy.  The term is “big, fat liar.”  Consumers and businesses (and states) were ordered by the federal government to spend in a certain way.  To the extent they did – thereby incurring new costs and spurring economic activity that none of them would have paid for from spontaneous volition – they caused the GDP ledger to temporarily shift.

If you know anything about economics, you know that this state-ordered goosing of household and business budgets has an opportunity cost and an inherent sunset clause.  It isn’t sustainable, because it can’t possibly be.  To the extent that people don’t get value from what they’ve been forced to put value into, they’ll just find ways to flee from the artificially imposed system.

Access to health care, and the quality of the health care itself, are manifestly not better than they were at this time last year.  Millions of people, whether as individuals, employees, employers, or taxpayers, have been forced to spend more of what they produce on the overall health-care system, with its various goods and services.  That gets recorded as an increase in the dollar value of production.  But people aren’t actually experiencing more health care than they had before.  (More people are delaying procedures, in fact, because with higher out-of-pocket costs, they can’t afford them.)

It’s a supremely important economic point that people didn’t necessarily want “more health care” than they had before.  Making health costs and spending rise, as Obamacare does, creates an artificial GDP result in the short term.  But at the same time, it causes people’s motivation to keep “affording” health insurance that costs them more, and may or may not deliver more, to decline.  This is one of the big reasons it will be impossible to maintain over time the fiction that the Obamacare economic sector is driving GDP growth.

Still, in the short term, the administration has pulled off a pretty little shell game with the second aspect of its manipulated GDP numbers.

That aspect is statistical quarter-shopping.  The Bureau of Economic Analysis comes out with official revisions to its quarterly numbers, and as Zero Hedge noted earlier this year (see link above), the green-eyeshade platoon decided – after the fact – to artificially remove the Obamacare “goose” from Q1 of 2014.  That was the quarter that was hard-hit by the polar-vortex weather pattern anyway, so the government economists piled a big write-off into the quarter and saved the Obamacare surge for a later quarter.

Q3, the quarter we’re now being told had a 5% growth spurt, ended up being the lucky quarter.  It got the lion’s share of the Obamacare “goose,” after the revision that came out this week.  The spending and production were actually recorded in Q1, but the feds shifted the amount as a credit to Q3, thus making it artificially appear that there was a big surge of growth in that quarter.

Props to Zero Hedge for predicting this, with hilarious accuracy, months before it happened.  Beware government agencies bearing economic figures.  When your BS detector spikes, rely on its good sense.  Just keep in mind that the mainstream media don’t have your back on this stuff.  Someone will have the shell game figured out, but it won’t be the MSM. 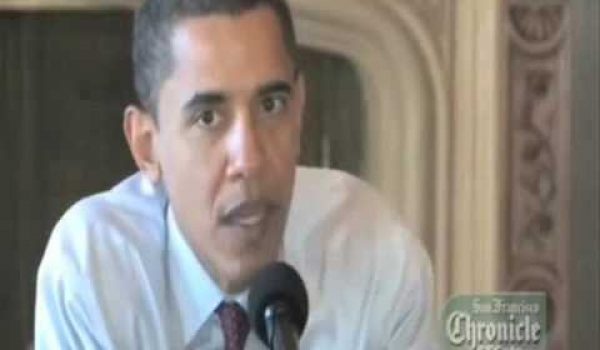