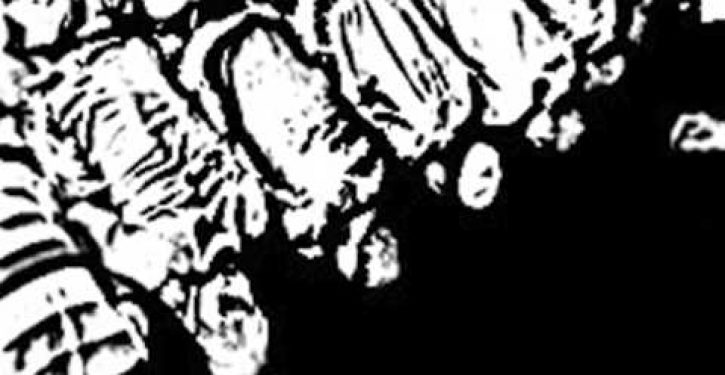 When you turn the steering wheel over to the law of grievance and offense, it’s only a matter of time before you start sending people to their death – for the exact same things you purport to save them from.

That’s what Spain is on the brink of doing in the case of Imran Firasat, a Pakistani Christian who obtained asylum in Spain after fleeing Pakistan in 2004.  Firasat is an ex-Muslim, and since his conversion has made an avocation of blogging about the perils of Islamic radicalism and sharia enforcement.

He wants to warn the world – non-radicalized Muslims as well as others – about the danger radical Islam poses to civilization and freedom.  Firasat, under threat in Pakistan, obtained asylum in Spain and achieved permanent resident status while he lived there from 2004 to 2008.  He reports that Muslims in Spain threatened him over his outspokenness, however, and he moved to Indonesia – his wife’s native country – in 2008.  But things were even worse in Indonesia.  The world’s largest Muslim nation, it is steadily becoming radicalized and leaving behind its former reputation for Islamic moderation.  In 2010, Firasat was arrested there on a blasphemy charge.

Spain helped him get out of Indonesia, although Firasat himself had to fork over his entire life savings to the Indonesian authorities as a bribe for a deportation order.  He couldn’t afford to move his family – by then he and his wife had three children – and had to wait until he could earn more in Spain to bring them there to join him.

In 2012, Imran Firasat made an amateur video critical of Islam, entitled The Innocent Prophet.  (The English version is here.)  The video was posted to YouTube on 15 December 2012, and six days later, Spain’s minister of the interior decided to deport him – as a “threat to Spanish security.”  Here is Soeren Kern of Gatestone Institute, who has followed the case from the beginning:

On December 21, 2012, Spanish Interior Minister Jorge Fernández Díaz issued an order to deport Firasat, based on Article 44 of the Law on Asylum and Protection, which allows the state to revoke the refugee status of “persons who constitute a threat to Spanish security.” The deportation order stated that Firasat constituted a “persistent source of problems due to his constant threats against the Koran and Islam in general.”

Of course, to call criticism “threats” is to adopt the perspective of Islamists, who won’t tolerate criticism and who use whatever means necessary to silence it.  Objectively, there is zero threat to Islam from criticism of it, whether the criticism is stated in an elegant, scholarly fashion or a cartoonish one.  (Firasat’s video, reportedly published with the help of the notorious pastor Terry Jones, is more an example of the latter.)

Firasat did petition the Spanish parliament in 2012 to ban the Quran from Spain, which bespeaks an understanding of intellectual freedom different from that held by most Westerners.  But it is idiotic, if I may put it bluntly, to call that a “threat” to Islam.  When Mr. Firasat has an army – or at least a legislative majority – to enforce his preferences with, we may then talk about “threats.”

Firasat appealed the December 2012 ruling in Spanish court, assisted by a legal team from The Legal Project (affiliated with Daniel Pipes’s Middle East Forum).  He’s been working his way through the appeals process in the two years since – with a brief detour through Norway, following the Spanish supreme court’s ruling on 30 May 2014, which upheld the original deportation order.  As Kern notes, the supreme court ruling editorialized in an ominous manner:

On May 30, 2014, the Spanish Supreme Court not only confirmed the National Court’s ruling, it went one step farther by stating:

“The right to the freedom of expression does not guarantee the right to intolerant manifestations or expressions that infringe against religious freedom, that have the character of blasphemy or that seek to offend religious convictions and do not contribute to the public debate.”

This paragraph is eerily similar to an international blasphemy law being promoted by the Organization of Islamic Cooperation, a bloc of 57 Muslim countries dedicated to implementing a worldwide ban on “negative stereotyping of Islam.”

Possibly out of discouragement over this omen, Firasat fled to Norway and requested asylum there.  He was denied asylum, however; in fact, Norway didn’t even give his asylum request a hearing.  He was simply bundled on a plane and sent back to Spain.

In July, Firasat was arrested and put in prison to await deportation.  In the 30 May ruling, the Spanish supreme court stipulated that the Firasat family should not be sent “to a country where there is danger to life or freedom.”  In Spain’s view, that rules out Pakistan.  But it doesn’t rule out Indonesia.

Conveniently, Indonesia has a warrant lodged with Interpol for Firasat’s arrest and extradition – not on the blasphemy charge, which still stands but which most other nations wouldn’t honor, but on a murder charge that was clearly trumped up shortly after his deportation to Spain in 2010.  Adam Turner at American Thinker has a brief, cogent summary:

Imran Firasat was deported from Indonesia on July 7, 2010. But, just months after coming back to Spain — where he had resided from 2004 to 2008 — the Spanish authorities arrested him at the behest of Interpol and the Indonesians. Indonesia now claimed that on June 10, 2010, Mr. Firasat had committed a murder in Indonesia, and that on July 16, 2010 they had actually conducted a full trial and convicted him. Shockingly, this meant that the Indonesians had held Firasat for 27 days after his supposed murder, never charging him, and then deported him, before convicting him, 9 days later, for his supposed murder. Not surprisingly, the Spanish authorities — after giving the Indonesian authorities ample opportunities to appear in court and present their evidence — ultimately rejected extradition and left Imran Firasat free to live as a resident in Spain.

Spanish authorities had good reason to dismiss the extradition request.  Firasat himself lists all the dates between July 2010 and May 2011 on which Spain gave Indonesia the opportunity to present evidence in court as to Firasat’s guilt, and the Indonesians never presented anything.  Anything at all.  For all but one of the hearings, no one representing Indonesia even showed up.

There can be no reasonable doubt that the murder charge was manufactured simply to create a pretext for requesting extradition.  Indeed, the conviction in absentia, and the sentence of 20 years, served to take the death penalty off the table as well.  The “murder conviction” appears designed to get a rubber-stamp extradition from Spain.  When Spain unexpectedly demanded evidence, Indonesia had nothing.

Regarding how Firasat would fare in Indonesia, Adam Turner has a good summary of the fates there of other recent critics of Islam.  Based solely on this record, Firasat is likely to be beaten to death by Islamist vigilantes before the authorities can deal with him on a formal basis.  But he and his family have also received explicit threats, including these in 2012 from the national Ulema Council and a group calling itself the Islamic Defenders Front (Front Pembela Islam), informing Imran Firasat that his family would pay with their lives for his blasphemy, and that his children would have to lose their heads.

Last week, however, Soeren Kern highlighted the latest Spanish ruling on his case:

In its latest ruling issued on October 28, the National Court stressed that it does not know whether the accusations [Indonesia’s murder charge] against Firasat are true or false, but that he should be tried in Indonesia because that country observes “the same level of respect for human rights and formal guarantees of public and private freedoms as those observed in Spain.”

It appears that Spain is about to use the fake murder rap in Indonesia – which Spanish courts already found inadequate to support an extradition request – as the convenient pretext for a deportation that can only be called craven and immoral.

Remember, what prompted the deportation proceeding was not the murder conviction in Indonesia, but Firasat’s video, and Spain’s pathetic official judgment that Firasat posed a “threat to Spanish security.”

Firasat may be something of a gadfly, but like most gadflies, he deals in exhortation and disputable claims – the things over which people reasonably and inherently disagree.  He doesn’t yell “Fire!” in crowded theaters, or libel living persons.  What he says falls squarely in the realm of free speech, as free speech is understood by a West that came, over the centuries, to live peacefully with political and religious divisions in its midst.

If Spain deports Imran Firasat and his family to Indonesia – quite certainly to unjust incarceration, and very possibly to a horrible death – this once-Western, once-Christian country will sell out everything Western civilization stands for.  ISIS, over in Iraq and Syria, has made plenty of threats to retake Spain and reestablish the caliphate of “Al-Andalus” there.  But it’s not clear at this point that ISIS needs to bother.  The job is all but done already.

Postscript:  Dr. Basil Qaqish, of Winston-Salem, NC, has a petition going at change.org which requests the U.S. government to grant asylum to Imran Firasat and his family.  I’ve been unable to find any evidence of a U.S. Senator or Congressman who is championing Firasat’s cause.

First reactions to the grand jury decision in the Eric Garner chokehold case
Next Post
Ferguson divided conservatives and liberals. Will Eric Garner unite them?