When five offensive team members of the St. Louis Rams entered the field at the Edward Jones Dome with the now-familiar “hands up, don’t shoot” pose prior to their game Sunday with the Oakland Raiders, both local police and fans on Twitter were horrified.

The gesture is meant to mimic the narrative promoted by Ferguson, Mo. protesters that teen Michael Brown had his hands up in surrender when he was fatally shot by former officer Darren Wilson.

When a St. Louis County grand jury refused to indict the officer after hearing testimony and forensic evidence to the contrary, that should have put the matter to rest. But it didn’t — at least not to tight end Jared Cook and wide receivers Stedman Bailey, Tavon Austin, Chris Givens, and Kenny Britt, who made the display during pre-game introductions.

The players gesture was captured and tweeted by NBC Sports:

Rams players do ‘Hands Up, Don’t Shoot’ gesture when taking field in game against the Raiders http://t.co/WAApLtTfMA pic.twitter.com/M5ELCLWLM9

Not everyone was happy with the display, however.

The St. Louis Police Officers’ Association said it was “profoundly disappointed” with what it called a “display that police officers around the nation found tasteless, offensive and inflammatory.”

All week long, the Rams and the NFL were on the phone with the St. Louis Police Department asking for assurances that the players and the fans would be kept safe from the violent protesters who had rioted, looted, and burned buildings in Ferguson … then, as the players and their fans sit safely in their dome under the watchful protection of hundreds of St. Louis’s finest, they take to the turf to call a now-exonerated officer a murderer, that is way out-of-bounds, to put it in football parlance.

I’d remind the NFL and their players that it is not the violent thugs burning down buildings that buy their advertiser’s products. It’s cops and the good people of St. Louis and other NFL towns that do. Somebody needs to throw a flag on this play. If it’s not the NFL and the Rams, then it’ll be cops and their supporters.

Although some fans thought the display was great, others weren’t so thrilled, and said so on Twitter. Here are a few examples:

@ScottyBurberry @mattTomo15 @NBCSports Who are the real bigots?! Those who support the lie that Michael Brown had his hands up! That’s who!

.@NBCSports @NBCNews Apparently they were MIA through the whole Ray Rice episode.

After growing tired of the Hollywood left’s propensity to make political statements about issues it doesn’t understand, conservative radio talk show host replied with a book called Shut Up and Sing.

Maybe it’s time for members of the NFL to simply shut up and play.

*UPDATE* Via Jammie Wearing Fools, Kenny Britt, one of the instigators off this silly display “is all to familiar with putting his hands up,” having had numerous run-ins with the law during his stint with the Tennessee Titans:

Britt was arrested on three charges Tuesday afternoon after a car chase in his hometown of Bayonne, N.J., FOXSports.com has learned.

A Bayonne police spokesman told FOXSports.com that Britt was charged with eluding a police officer, lying to an officer/hindering apprehension and obstructing governmental function. Eluding an officer is a third-degree felony; the other two charges are misdemeanors.

Giuliani: Michael Brown death never should have gone to a grand jury
Next Post
Meet the rich white male behind the #Ferguson-driven black boycott of capitalism (Video) 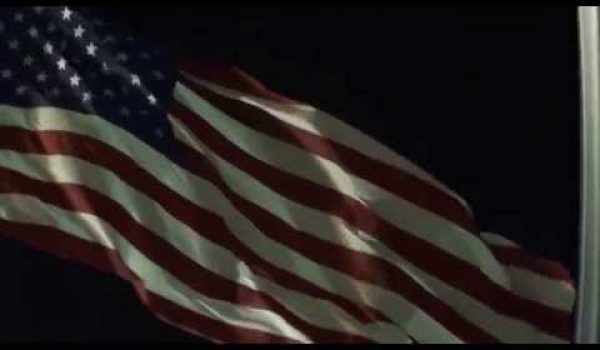