The speculation about why Chuck Hagel is out as secretary of defense has been ably documented in all the usual places.  (He will remain in his post until there’s a new SECDEF.)

The NYT story – as usual, faithfully relaying Obama administration themes – says unexpansively that “the threat from the militant group Islamic State will require different skills from those that Mr. Hagel…was brought in to employ.”  The implication is that Hagel is not an active and articulate enough secretary for this multifaceted military problem.

This rings false to me, however, because it is abundantly clear that the Obama White House itself has no intention of being active and articulate about the ISIS threat.

I just heard Ed Henry, Fox’s White House correspondent, reporting something closer to my take, which is that Hagel has never been included in Obama’s inner policy circle, and his own sense of futility in the job was probably as much a factor as dissatisfaction with him in the Oval Office.  The Washington Post’s David Ignatius reported nearly three weeks ago that “administration officials” were speculating on a near-term departure by Hagel.  Statements (including Obama’s) that Hagel and the White House were in discussions over his resignation from early November accord with that report.

Hagel’s frustrations were expressed in an interview with Charlie Rose last week, from which PJM’s Bryan Preston has reproduced this excerpt:

Rose asked Hagel to elaborate on comments that he made in a speech at the Reagan Library last weekend. In that speech, Hagel said that America’s military capability, while still the best in the world, is being threatened.

Hagel re-iterated that to Rose, but also left viewers to wonder about the direction that President Obama is taking the military.

“I am worried about it, I am concerned about it, Chairman Dempsey is, the chiefs are, every leader of this institution,” Hagel said, including Pentagon leadership but leaving both President Obama and Vice President Joe Biden’s names out of his list of officials who are worried about the U.S. military’s declining capability. Hagel said that the Congress and the American people need to know what while the U.S. military remains the strongest, best trained and most motivated in the world, its lead is being threatened because of policies being implemented now.

These concerns from Hagel cap a string of months in which he has publicly disagreed with the White House on the kind of threat ISIS poses, the proper scope of the interventions in Iraq and Syria, and the impact of cuts to the defense budget, from both routine budgeting and the sequestration process.

Factor in the very real, and unusually vocal, backlash from the senior ranks of the military against the White House’s micromanagement of operations in Iraq and Syria, and you have a good picture of what’s not working for either Hagel or Obama.

I don’t think Hagel is being scapegoated, nor do I think he’s being squeezed out for incompetence.  Competence aside, I think he’s being squeezed out – with his tacit acquiescence – because he’s been acting as an advocate for the military point of view on military matters, rather than keeping the Pentagon quiet while Obama handles military activities the way his top advisors want to.  The military is objecting to bad management from the White House, if quietly and obliquely, and Hagel isn’t keeping the brass in order.  Instead, he’s taking up the military’s cause.

No high-profile politician will want the SECDEF job at this point.  Obama will presumably tap a career defense bureaucrat (Michele Flournoy’s name has come up repeatedly), someone with a low professional profile and a good bureaucratic reputation on Capitol Hill – but no constituency there.

I wouldn’t be that person for the world, because the Obama inner circle’s approach to using the military isn’t going to change.  In getting rid of Hagel, Obama is preparing for a final run of badly conceived micromanagement.  (In that light, Flournoy’s lack of military expertise – documented by LU’s Michael Dorstewitz – counts as a feature, not a bug.)

Obama’s advisors want to tell the joint chiefs and commanders how their operations should be militarily defined and scoped – and everything the Obama inner circle wants is unrealistic.  Hagel, whatever his other strengths and weaknesses, is just a guy with the common sense to agree with the generals and admirals on that.  Now he’ll be no more than a placeholder for a while, until Obama can appoint another one. 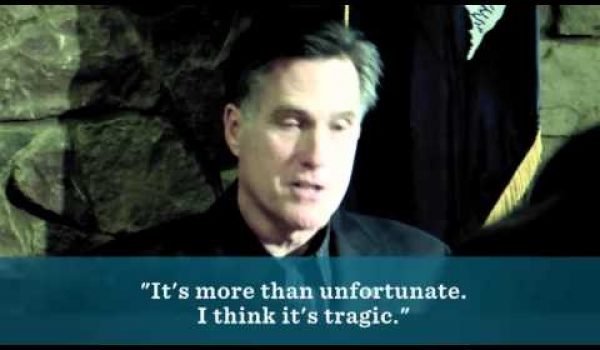