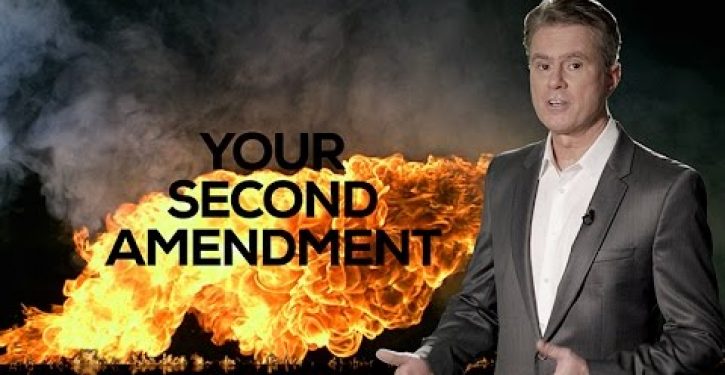 Claiming “it’s the guns, stupid,” a columnist for the Tallahassee Democrat, a daily serving Florida’s capital city, called for an outright ban on all handguns and so-called “assault rifles,” and claimed that “someday we’ll take them.” Not in my or anyone’e lifetime, I say.

Gerald Ensley, the Piers Morgan clone who wrote the piece, wants to take it even further, stating:

I’m talking about flat-out banning the possession of handguns and assault rifles by individual citizens. I’m talking about repealing or amending the Second Amendment to the U.S. Constitution.

The Second Amendment — like the other nine amendments that comprise the Bill of Rights — doesn’t grant U.S. citizens anything. What it does is to merely affirm those liberties that are pre-existing and may not be taken away.

Gun control advocates often point to the amendment’s prefatory language, which states that “A well-regulated Militia, being necessary to the security of a free State” to mean that the right to keep and bear arms should only be granted to the members of a government-sanctioned armed force.

It was this phrase that Ensley latched onto like a life ring; unfortunately for him, it proves to be more like an anchor.

To answer the question of the “well-regulated militia” phrase, in 1991, J. Neil Schulman consulted an expert in the English language, retired professor Roy Copperud, whom Schulman described, according to Keep and Bear Arms, as being:

on the usage panel of the American Heritage Dictionary, and Merriam Webster’s Usage Dictionary frequently cites him as an expert. Copperud’s fifth book on usage, American Usage and Style: The Consensus, has been in continuous print from Van Nostrand Reinhold since 1981, and is the winner of the Association of American Publishers’ Humanities Award.

Schulman asked if “the sentence be interpreted to grant the right to keep and bear arms solely to ‘a well-regulated militia’?”

Copperud unequivocally replied, “The sentence does not restrict the right to keep and bear arms, nor does it state or imply possession of the right elsewhere or by others than the people; it simply makes a positive statement with respect to a right of the people.”

He also made clear that “the right is not granted by the amendment; its existence is assumed. The thrust of the sentence is that the right shall be preserved inviolate for the sake of ensuring a militia.”

Ensley’s hit piece on firearms and the Second Amendment was prompted by Thursday’s shooting at the Florida State University library. What Ensley failed to mention, however, is that FSU is a “gun-free zone,” and as such the law-abiding faculty, staff and students were left defenseless against the law-breaking shooter.

Ensley also made some outrageous statistical claims — without offering any authority — claiming a need to disarm America.

Citing the latest FBI data, Breitbart News reported earlier this month that while sales of firearms skyrocketed in 2013, “violent crimes in 2013 decreased 4.4 percent when compared with 2012 figures, and the estimated number of property crimes decreased 4.1 percent [as well].”

Ensley closed his column by stating, “We’re coming for your guns. And someday, we’ll take them.”

And we’ll be ready. 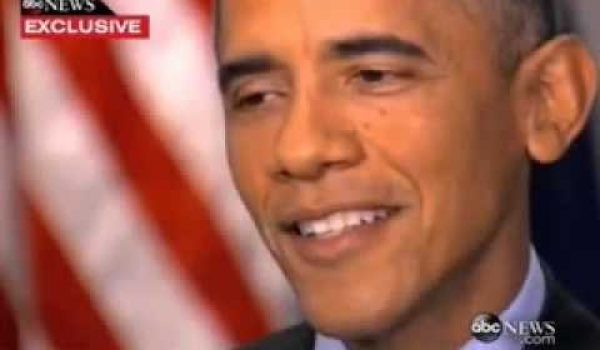 Obama says Americans looking for ‘new car smell’ in next president (Video)
Next Post
Dinesh D’Souza: Obama a ‘spoiled brat’ who needs to be ‘spanked’ by GOP