Republicans, rightly, point to jobs and the economy as a key message sent by voters in the midterm election. That message, however, is being buried by the flap over threatened executive action on immigration.

It feels like a trap; it feels like the Republicans are falling into that trap but the Democrats could easily be trapped as well.

We don’t actually know what the President is going to do. Given his history it could be pure political messaging absent a significant impact on the immigration issue. If, for instance, he orders that deportations cease for certain classes of illegal immigrants that we’re not deporting anyway it’s imagery without consequence. The fact is that we already have de facto amnesty based on the President’s unwillingness to enforce laws on the books now and Attorney General Holder’s acquiescence to that policy.

Republicans, if they did indeed hear the electorate, should not be talking about anything other than jobs, the economy and the rejection of the president and his party in the last election. What happened, however, was an immediate set of countervailing threats from Republican leadership over the immigration issue, which has been kept alive by the significant resources available to the administration and its media cronies as well as conservative media howling in opposition. The president’s threat feels less like a policy decision than childish taunting. The Republicans have, typically, risen to the president’s bait. But this time they should be taking a longer view— a two-year view.

If jobs and the economy are the top issues, then Republicans must connect immigration reform by executive order to those issues. They must stop chasing after the “shiny things” the President dangles in front of them and stay disciplined on voter priorities.

Republicans must envision the political impact that the executive order could have on Democrats over the next two years:

“Mrs. Clinton did you agree with the President’s executive order on immigration?” “Do you believe he overstepped his Constitutional powers?” “Will you take a similar approach?”

Those same questions apply to all who support government by executive order. (So long, of course, as it’s “their guy” doing it.)

This action by the president could split Democrats for the foreseeable future. Democrats will have to support an executive action that a plurality of Americans believe should wait on the new Congress or defend their silence. The president, short of executive order, is as lame as a duck could be, rejected by his own party in the last election cycle in the interest of personal political survival and facing a Republican-controlled Congress. The split between moderates, Clinton Democrats, and progressives could come as soon as tonight when the President will announce his executive order on primetime television. Republicans can cement those splits by demanding at every opportunity to know where their Democratic colleagues stand, at least those who survived Nov. 4.

Defunding bears easy attraction but could, as executed, be a blunt tool with the potential for unanticipated consequence and the creation of an issue for Democrats that will, with the support of the media, take eyes off the issues of jobs and the economy. We can also be sure, based on the president’s behavior during the brief partial government shutdown, that he will use any manner of defunding to punish whoever may be in the path of said defunding.

There could very well be a circular firing squad forming. 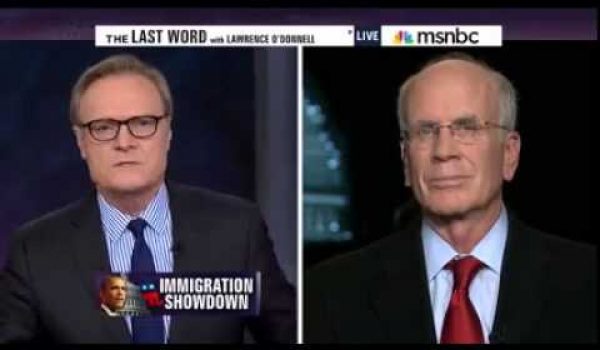